Thank you to those who have supported the effort to include a California State Parks funding proposal on the November 2010 ballot. The campaign by Save the Redwoods League and partners has collected many signatures, but we still need more by April 16, 2010. Volunteer to gather signatures; training sessions are under way. Join the campaign’s Facebook community. Learn more. Save the Redwoods League and partners filed language on November 3, 2009, to put a measure on the 2010 ballot that would ensure stable funding and protect wildlife in our chronically underfunded California state parks. Please help us gather signatures and show your support for this measure, the California State Parks and Wildlife Conservation Trust Fund Act of 2010. 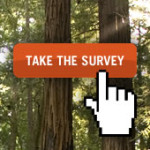 Deadlines Approach: Help Save Our Parks