The towering giant sequoias of Yosemite National Park are the iconic trees that catalyzed our Nation’s conservation movement, inspiring Congress in 1864 to designate both the Mariposa Grove and Yosemite Valley “for public use, resort, and recreation”. Today, these mammoth trees serve as the public’s primary gateway to the giant sequoias, receiving hundreds of thousands of visitors every year as they have more than a century.

This summer, Mariposa Grove will close for approximately 24 months as Yosemite National Park embarks on an exciting restoration project to restore habitat and enhance the visitor experience among the giant sequoias. Legacy roads, parking lots, and trails will be moved and upgraded to lessen the footprint on the forest and provide better access for Grove visitors. When Mariposa Grove reopens in 2017, visitors can ride directly from the Park’s South Entrance via shuttle to the Lower Grove and then walk along new trails in the Lower Grove and Grizzly Giant area that will be designed to protect the roots of giant sequoias and surrounding wetland habitat.

Restoration of Mariposa Grove will be an enduring gift to the giant sequoias that will help them thrive for years to come and inspire future generations of redwood conservationists. I’m excited to track the project in the years ahead. 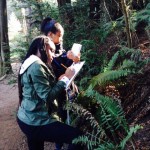 Last week, I participated in the first-ever citizen science conference put on by the Citizen Science Association. This major event attracted over 600 people from 26 different countries! Science buzz was in the air, and the talks covered a range … Continued “Unless someone like you cares a whole awful lot, Nothing is going to get better. It’s not.” ~ the Lorax This famous quote by the title character of The Lorax is well-known in the world of conservation, and has likely … Continued