On August 27, 1960, Governor Edmund G. “Pat” Brown stood beside some of the tallest trees in the world. His mission: to dedicate the “Avenue of the Giants Parkway.” The 32-mile-long road was not new-it had been around since the days when stagecoaches wended their way through these spectacular redwoods 200 miles north of San Francisco. What was new was a nearby high-speed highway, which made it possible for the old road to become “a serene drive,” Brown said proudly, “where kids and families can cross the road at will, where traffic moves at a far slower pace than on the bypass which is just a few hundred feet away.”

For Save the Redwoods League, the day was a chance to celebrate 40 years of acquiring the roadside groves at the heart of Humboldt Redwoods State Park. The work of protecting the park, which today contains the largest contiguous swath of old-growth redwood forest in the world, was far from complete.

Today, the drive past the enormous trees is world famous – and still wild, pristine, otherworldly and unique on Earth.

Read more about the Avenue’s unique attractions as well as the many milestones that led up to the dedication of the Parkway, and discover 50 ways to explore the sights and sounds of the Avenue of the Giants. 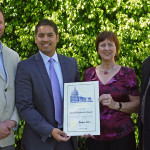 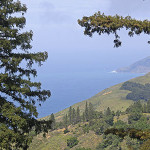 Thanks to our generous members, Save the Redwoods League on April 15, 2010, bought a never-harvested 40-acre redwood property in a steep canyon surrounded by Los Padres National Forest.