Bancroft Library at University of California, Berkeley, to present Sustaining Grandeur: The First 100 Years of Save the Redwoods League

Berkeley, Calif. (Feb. 28, 2018) — Redwood forests are as significant to our planet as the Amazon rainforest, the Great Barrier Reef and the Serengeti. Marking the 100th anniversary of the founding of Save the Redwoods League, Sustaining Grandeur is an exhibition jointly organized by The Bancroft Library and the League. It explores the League’s first century of protecting from extinction true wonders of the world-California’s ancient coast redwood and giant sequoia forests. The exhibition also looks forward to the League’s continued efforts to steward these unique landscapes. Friends of the Bancroft Library and Save the Redwoods League are sponsoring the exhibition.

The exhibition chronicles the League’s trajectory, from its founding in 1918 through its acquisitions of land over the years, partnerships with other conservation groups, as well as negotiations with government agencies and the timber industry. “The League’s archive preserves the history of one of the earliest conservation groups in the United States,” said Elaine Tennant, director of The Bancroft Library. “The League holds a special place of pride in the environmental history of the West. Its story shows how environmental history and political history intersect in California in a way that has been repeated throughout the country.”

Before the League formed, the old-growth redwood forests (such as those in Humboldt Redwoods State Park, Calaveras Big Trees State Park, and Redwood National and State Parks) were mostly in private hands and likely to be logged. Logging to build infrastructure for the rapidly growing California population accelerated, and ultimately only five percent of the coast redwood forest’s original footprint was left standing. Early conservation proponents recognized the urgency of the need. But, returning those landscapes to the public required political savvy, public relations skills and significant financial support from private donors. Ancient trees stand in these parks today thanks in large part to the work of the League, philanthropists, partners and countless individuals who mobilized the conservation movement.

Sustaining Grandeur describes how these environments were protected, displaying founding documents, photographs, archival film footage, campaign materials, correspondence and other artifacts. The exhibition also showcases the League’s current science-based initiatives, which deepen appreciation of redwoods ecosystems and provide insight into how to care for these unique forests in the future.

“The key means to protect redwood forests on a large scale didn’t exist when the League was first founded, so over time we helped establish the standards for conservation in the U.S.,” explained the League’s chief communications officer Jennifer Benito-Kowalski, referring to legislative and ballot measures the League championed in 1927 and 1928 to strengthen then-relatively-modest state park system. “The League’s early successes and that spirit of innovation continue to inspire us as we face new challenges like restoring cut-over lands, protecting redwoods outside of parks and better understanding the impacts of climate change.”

Sustaining Grandeur will be on view at the Bancroft Gallery in The Bancroft Library from April 20 through August 31, 2018. The gallery is open to the public Monday through Friday, 10 a.m. to 4 p.m. Admission is free.

The Bancroft Library
The Bancroft Library (external link) is the primary special collections library at the University of California, Berkeley. One of the largest and most heavily used libraries of manuscripts, rare books, and unique materials in the United States, Bancroft supports major research and instructional activities and plays a leading role in the development of the University’s research collections. Save the Redwood League’s manuscript and photographic archives, permanently held at Bancroft, complement Bancroft’s other environmental collections from about 100 organizations and publishers. For more information about the Library, visit http://www.lib.berkeley.edu/libraries/bancroft-library (external link).

Save the Redwoods League
Save the Redwoods League, one of the nation’s oldest conservation organizations, is celebrating 100 years of protecting and restoring redwood forests, connecting generations of visitors with the beauty and serenity of the redwood forest. Its 19,000 supporters have enabled the League to protect more than 200,000 acres of irreplaceable forest and help create 66 redwood parks and reserves. For more information, visit SaveTheRedwoods.org.

Images available for press use can be found on the Save the Redwoods League Media Resources webpage. by Save the Redwoods League on February 7, 2018

Save the Redwoods League and LandPaths successfully expanded the Grove of Old Trees redwood park near Occidental in Sonoma County by purchasing a 15-acre property adjacent to the park and deeding it to LandPaths. 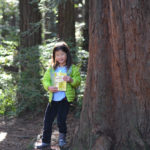 Save the Redwoods League & New York Times Bestselling Author T. A. Barron Launch “Reading the Redwoods” Contest for Elementary Students Across the U.S.

In celebration of Save the Redwoods League’s centennial in 2018, the League is organizing a reading contest to inspire young people to discover California’s redwood forests. Reading the Redwoods contest launches March 10, 2018 on ReadingtheRedwoods.org and will run for eight weeks.