Donors to the League’s Forever Forest Campaign are providing support to this project. Learn more

Forest safe from logging, development; now you can help restore and open it

More than 6,200 Save the Redwoods members pitched in to protect Big River-Mendocino Old-Growth Redwoods from logging and development, allowing the League to purchase the property. Now we are working to restore and open this magical forest to the public.

Less than 1 mile from the Pacific Ocean and the popular vacation town of Mendocino, the property is a rare example of two forest types in one magnificent location: a pygmy forest and an ancient redwood forest. This land also features a tributary of the Big River, which runs to the ocean.

Protecting this forest has been a League priority since the 1990s, according to our science-based Master Plan for the Redwoods. When the property went up for sale in October 2014, the League launched a campaign to raise the $1.4 million purchase price.

“This property has captured the public’s imagination,” said Sam Hodder, League President and Chief Executive Officer. “The forest’s supporters love its strange, wonderful and rare pygmy forest and ancient redwood giants and its potential for trails so close to Mendocino.”

Mendocino-area resident Susan Juhl made a generous donation to help the League buy this forest. “This property means so much to me because these beautiful old-growth redwoods are right in our backyard,” Juhl said. “It’s fantastic to pass by the ocean and smell the sea air, and to travel a few minutes and be in the beautiful redwood forest. Having one right here is wonderful, special and very important.”

The League used Juhl’s gift and other donations to our Redwood Land Fund to buy the land and remove the immediate threat of development and logging.

Renée Pasquinelli, Senior Environmental Scientist with the area’s California State Parks district, said she was glad that League and members like you protected the property. “Big River-Mendocino Old-Growth Redwoods is very important because it contains one of the very few remaining pockets of old-growth redwoods on the Mendocino Coast,” she said.

You can continue to make a difference by donating today to restore this forest and replenish the Redwood Land Fund so we can protect other forests in the future. With your help, we hope to open Big River-Mendocino Old-Growth Redwoods to the public for recreation, including hiking, biking and kayaking.

Thousands of years of pounding surf, fluctuating sea levels and rising tectonic plates formed what are called marine terraces on the 83-acre Big River-Mendocino Old-Growth Redwoods, which is surrounded by the Big River Unit of Mendocino Headlands State Park.

Perched on an ancient dune, the topmost terrace is a plateau, the site of a dense pygmy forest of hemlock trees, bishop pine and Douglas fir, and dwarf flowering rhododendron, manzanita, azalea, Labrador tea and huckleberry. This is called a pygmy forest because the nutrient-deficient, acidic soil stunts the plants’ growth.

Just 50 feet away and down a steep slope to the lower marine terrace, a mixed-age redwood forest grows with its familiar floor of rusty redwood leaves and sword ferns. All could have been lost when plans were drawn up to log and develop this property. Many redwoods were tagged for harvesting here. The blue lines encircling these redwoods were a warning of what might have happened to these trees.

Farther down into the forest’s V-shaped valleys, more magic is revealed: Here rise 13 acres of giant ancient redwoods that survived logging because they were too difficult to reach using equipment that was available when loggers cut down the surrounding old-growth forest. As California State Parks explains about its nearby Jug Handle State Natural Reserve, while marine terraces formed along much of the California coast, erosion has rendered them indistinct except in rare places like this forest.

Big River-Mendocino Old-Growth Redwoods offers rich habitat for wildlife, both rare and common. The old-growth and some of the second-growth redwood stands are perfect locations for imperiled northern spotted owls to hunt their favorite prey, the dusky-footed woodrat. The ancient redwoods also offer prime habitat for the endangered marbled murrelet, a seabird that nests on the platforms that old-growth branches provide.

Now that you’ve helped protect this forest, our immediate task is to repair two stream crossings. Past loggers piled up dirt to build roads across the valleys and streams. At the bottom of these crossings lie drainage pipes that threaten to fail during a big rain and dump catastrophic amounts of sediment into the Big River a half-mile away, burying the spawning and rearing habitat of endangered coho salmon and imperiled steelhead trout.

Such catastrophes harmed the Big River in the 1955 and 1964 floods, said forester Todd McMahon.

“Those two big storms and flood years did more damage to our streams than anything,” McMahon. “That coincided with the period of really intense logging. After World War II, the housing boom created a big demand for lumber. Tractor loggers built logging roads like those on Big River-Mendocino Old-Growth Redwoods. Then huge storms washed sediment from those crossings into the river. Today, we still see the impacts of yesterday’s logging as erosion continues to move sediment into our streams and rivers.”

Big River is federally listed as impaired due to excessive sediment from past logging in the surrounding area.

Conserving and restoring Big River-Mendocino Old-Growth Redwoods may contribute to the recovery of Big River, said Jon Hendrix, Senior Environmental Scientist with the California Department of Fish and Wildlife.

Not only is Big River-Mendocino Old-Growth Redwoods a fine home for animals, it also would make a wondrous destination for people like you. If you like to hike and bike, the flat old logging roads would make it easy. It could be a destination for kayakers on the nearby Big River. Next door is the spectacular Mendocino Headlands State Park and its trails, rugged coastline and secluded beaches. Big River-Mendocino Old-Growth Redwoods may make a great location for cabins or yurts.

Gifts from League members like you helped protect and expand nearby Mendocino Headlands, Van Damme and Jug Handle state parks for everyone to enjoy.

“Now we have the chance to restore this treasured place and open it to the public someday with your help,” Hodder said.

Please donate today through our secure website to the Redwood Land Fund. 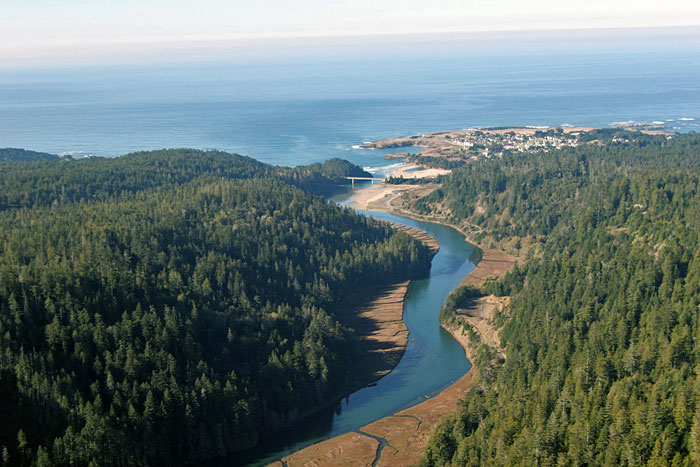 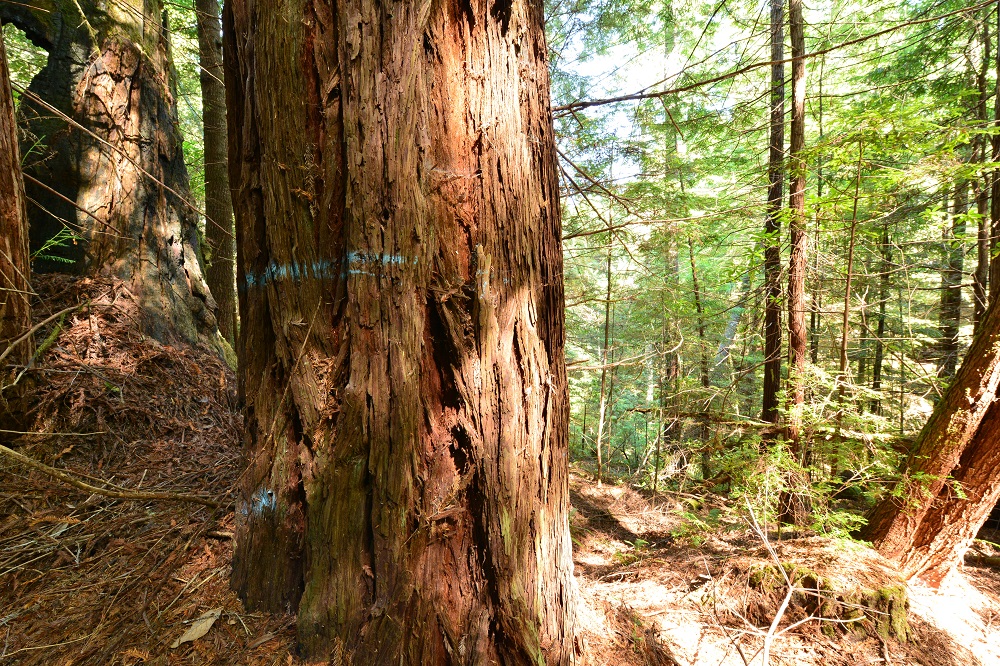 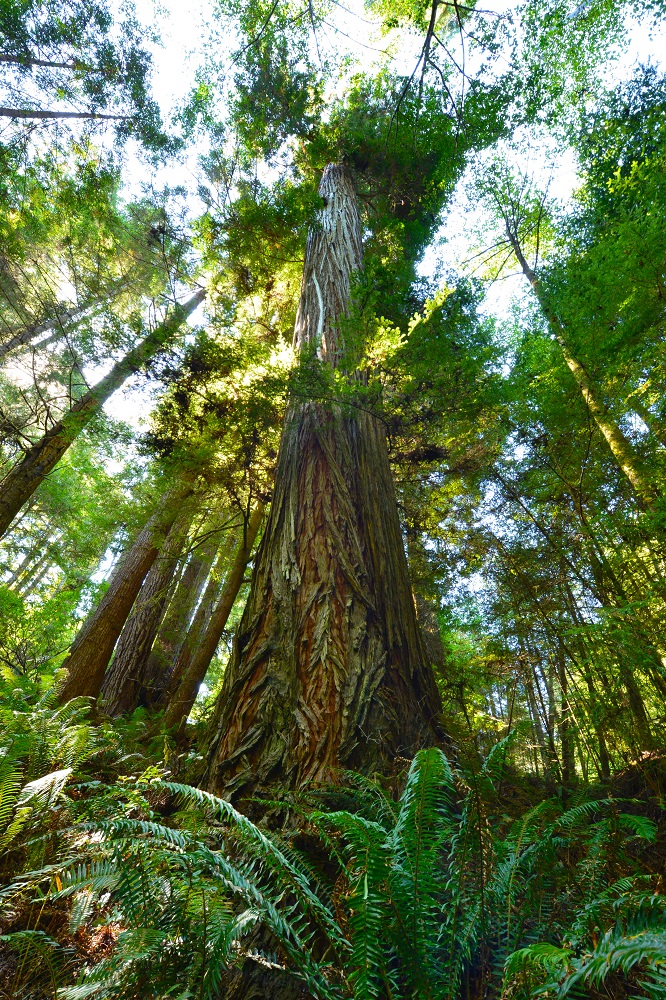 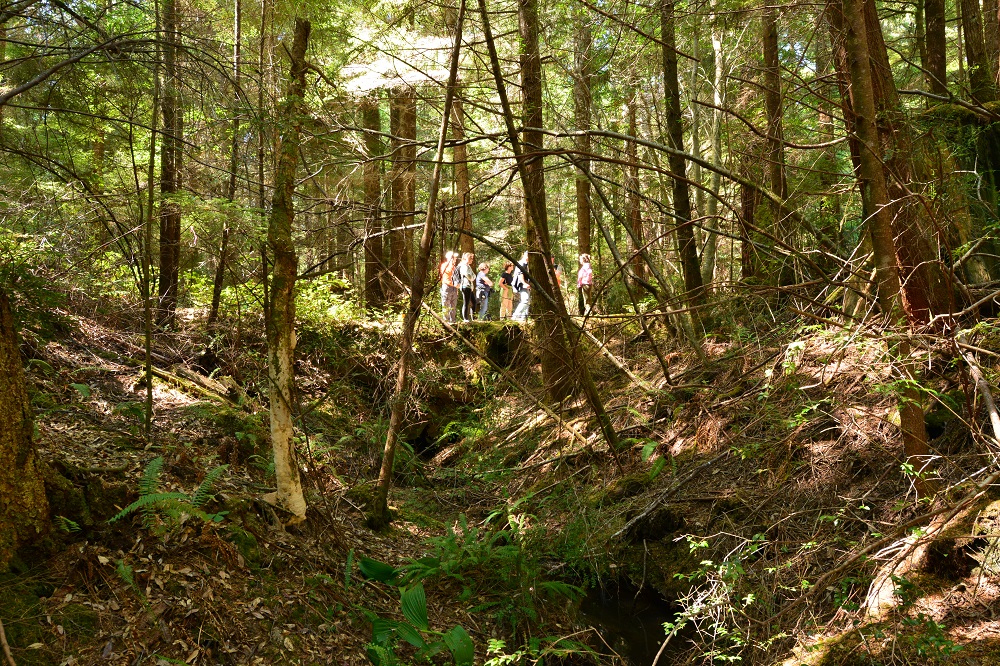 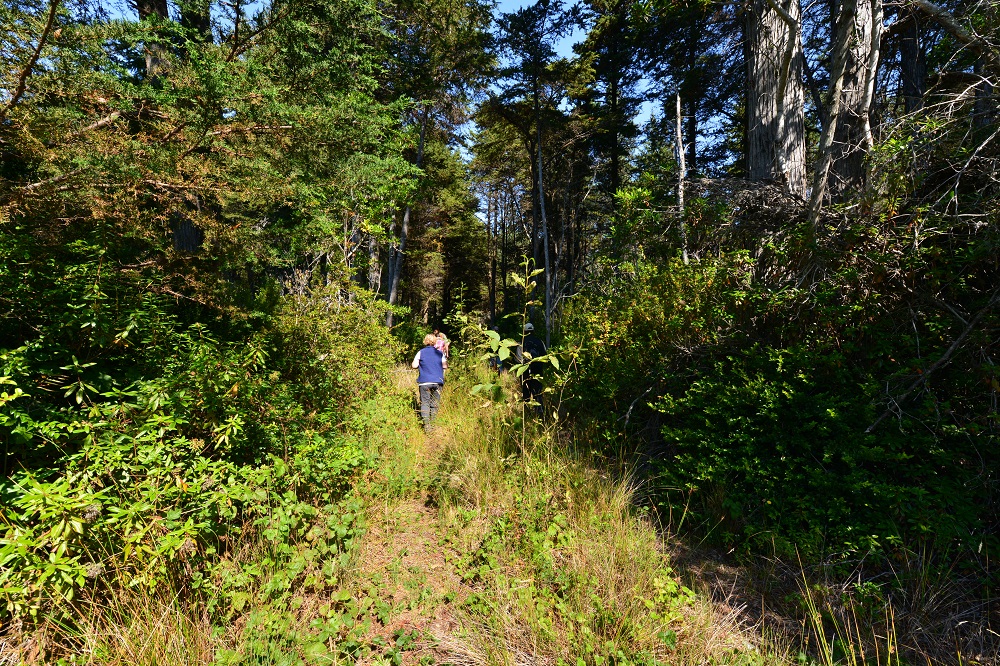