A harm to one monument is a harm to all. Let your Members of Congress know that you stand with the League and want to keep our monuments intact! 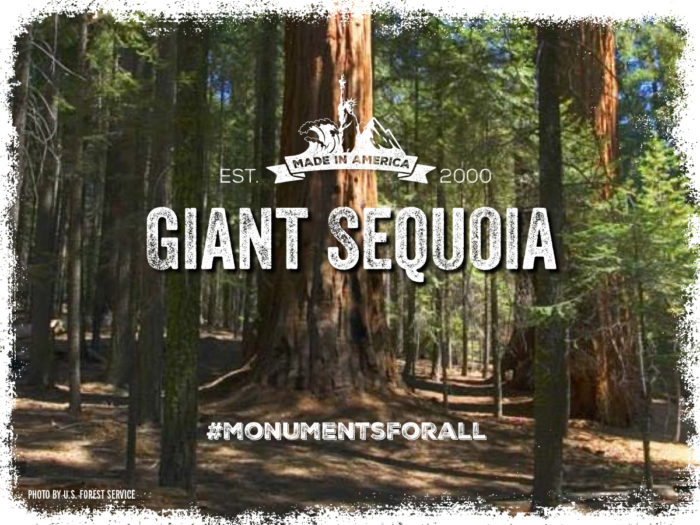 The Trump administration is now seeking public comments on draft resource management plans after drastically reducing Bears Ears and Grand Staircase-Escalante National Monuments. These draft plans do not protect the monuments’ irreplaceable values, and instead open them up to drilling, mining, and other uses that are incompatible with protecting their cultural, scientific, and natural features. These plans are the most recent threats to our national monuments. As one of several organizations working to preserve Giant Sequoia National Monument, Save the Redwoods League anticipates further action from the Trump administration that may negatively affect other monuments.

The reduction of the Bears Ears and Grand Staircase-Escalante National Monuments in Utah was in December 2017, and was the largest reduction in public land protections in U.S. history. More than two million acres of culturally significant wildlands are open to disposition and sale, potentially for drilling and mining leases, as of February 2018. The land area removed from its protective “monument” designation is six times the size of Grand Teton National Park.

In addition to this action, the administration has signaled that further changes to a variety of national monument management plans and boundaries are likely on the way, though the criteria, timing, and scope of those changes are as yet a mystery. In the summer of 2017, millions of Americans submitted comments to the Department of the Interior, overwhelmingly in favor of preserving our national monuments, 27 of which were under review by the Ryan Zinke, Department of the Interior Secretary, as directed by an Executive Order from the Trump administration. Despite this historic outcry, the opaque process to undermine the permanence of our most beloved public lands continues.

A harm to one monument is a harm to all. Let your Members of Congress know that you stand with the League and want to keep our monuments intact! And because your voice matters, please consider submitting public comments (external link) in support of Bears Ears and Grand Staircase-Escalante National Monuments.

Early in 2017, the Trump administration signed an Executive Order (external link) directing the Department of the Interior Secretary, Ryan Zinke, to review the status of 27 national monuments. Such a review has never been undertaken in our nation’s history. This action undermined the Antiquities Act of 1906, which has helped presidents protect some of our most beloved natural and historic sites, including Muir Woods, the Grand Canyon, and Zion National Park.

Since the Executive Order, millions of Americans have spoken up in support of our public lands. Despite the historic public outcry, the Trump administration announced in December 2017 to shrink the Bears Ears and Grand Staircase Escalante National Monuments in Utah by more than two million acres in total, representing the largest reduction in public land protections in U.S. history.

According to the Presidential Proclamation, the lands removed from their protective monument designation will be available for disposition and sale, including for oil and gas drilling and mining, as of February 2, 2018. The fate of other national monuments, including the Giant Sequoia National Monument, is yet unknown, leaving them at risk for elimination, boundary reductions, or changes in management plans that could threaten the accessibility and sustainability of these treasured landscapes.

Let your elected leaders know that Americans want to keep our national monuments intact and protected for future generations. Take action (external link) now on behalf of our public lands!