New major steps protect a redwood forest and a river, reconnect an indigenous tribe to a sacred site, and set future public access

Along the rugged Sonoma County coast, the magnificent 870-acre Stewarts Point property is blanketed with redwood and Douglas-fir forest, with a fringe of beautiful grasslands along its half-mile of dramatic coastline. Steelhead swim in the sparkling South Fork of the Gualala River, which runs the length of the eastern border.

For nearly 100 years, Save the Redwoods League has protected and restored redwood forests and connected people with their peace and beauty so these wonders of the natural world flourish. In 2010, with the help of the Gordon and Betty Moore Foundation, donors from around the country and a loan from the David and Lucile Packard Foundation, Save the Redwoods League purchased the Stewarts Point property for $11.25 million to stave off development and find a long-term conservation solution. It was the first step to protect this majestic landscape from potential subdivision and extensive logging and to provide future public access.

In February 2017, the League took major steps to further protect, restore and connect people to Stewarts Point. First, the League reached an agreement, transferring a conservation easement that conserves 700 acres of second-growth redwood forestland, more than 100 acres of coastal grasslands and a 1.7-mile stretch of the Gualala River. The transaction also includes a trail easement, an agreement that will grant public access along a planned segment of the California Coastal Trail by the end of 2019. Another agreement, a cultural access easement, is being finalized to grant the Kashia Band of Pomo Indians (Kashia) access to their ancestral home.

The League transferred the conservation easement to Sonoma County Agricultural Preservation and Open Space District (the District) for $6 million. The District contributed $2 million of the $6 million purchase price; the California State Coastal Conservancy contributed $1 million; and the State of California Wildlife Conservation Board contributed $3 million. The transaction also includes the transfer of the trail easement to the County of Sonoma for the development of the trail along the coastal bluffs.

This project was made possible by the voters of California in approving Proposition 84 in 2006. The measure allowed the state to issue $5.4 billion in general obligation bonds for projects related to water safety, rivers, beaches, levees, watersheds parks and forests, and for promoting access to coastal resources. Likewise, the voters of Sonoma County voted in 2006 to approve the District’s bond measure, from which the District’s board allocated its contribution to assure the conservation of this treasured local resource.

“This is a truly unique and special occasion,” said Sam Hodder, Save the Redwoods League President and CEO. “The Stewarts Point project brings together coast redwood conservation with social justice and new future recreational opportunities for the public. We are thankful to everyone, from the Gordon and Betty Moore Foundation for major funding toward the original purchase of the property, to all our dedicated donors, to our partners at the District, Wildlife Conservation Board and State Coastal Conservancy, for helping us protect this vibrant redwood forest and spectacular coastline and making this incredible place accessible for everyone to enjoy. It’s also a blessing to work with the Kashia Band to provide them access to this sacred shoreline, their ancestral home.” 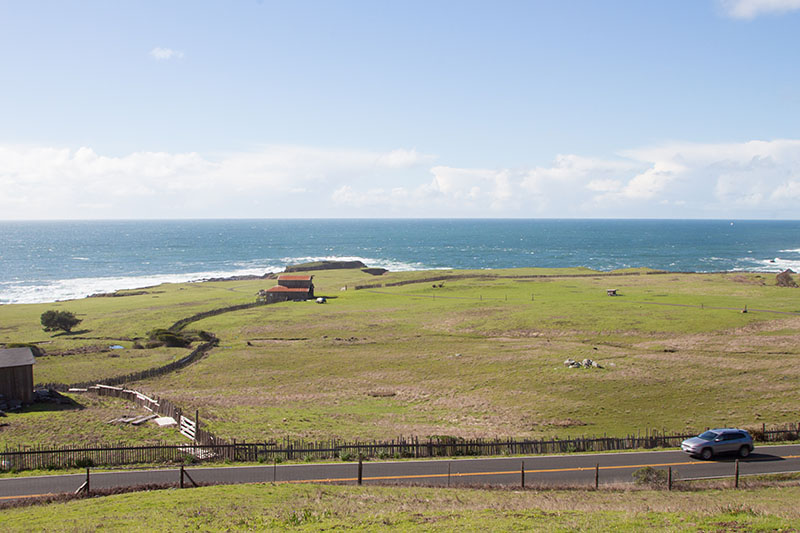 Partnering for Permanent Protection and Stewardship

Creating the Forest of the Future

Extending inland from the coastal bluffs for about 2 miles to the South Fork Gualala River, 700 acres of the Stewarts Point property is blanketed in a healthy second-growth coast redwood forest with scattered old redwoods, Douglas-fir, bishop pine, and a variety of hardwoods. It’s also home to two sag ponds created by the San Andreas Fault. On its eastern edge, the property winds along approximately 1.7 miles of the steelhead-bearing Gualala River. Thousands of acres of sustainably managed private forestland surround the property, making it an important wildlife corridor.


The conservation easement conveyed to the District protects the property’s forest in two ways. First, 175 acres will be protected as an old-growth Restoration Reserve along the Gualala River. This Reserve will safeguard the old trees, allow younger trees to grow larger, provide habitat to support more species of plants and animals, and prevent erosion, stabilizing the banks of the river. Secondly, the conservation easement provides that the remainder of the forest be managed for ecologically sound timber harvests that protect the creek and wildlife habitat. The easement also requires forest managers to increase the average tree size over time to accelerate the development of old-growth forest characteristics on which imperiled wildlife depends, and which were lost over a century ago.

Eventually, the League plans to sell or exchange Stewarts Point to a buyer who will continue to conserve it.

The League’s agreements with the County of Sonoma and the District ensure construction of a trail that will traverse the coastal terrace for just under 1 mile, and provide visitors with a gorgeous view of the coastline. The new trail will have a designated parking area along Highway 1, and both will be developed and managed by Sonoma County Regional Parks. When complete, the trail will connect with the California Coastal Trail network, which will ultimately extend 1,200 miles from Oregon to Mexico. The Stewarts Point trail segment will be open by the end of 2019 after planning is completed by Regional Parks.

The Kashia Return to Sacred Lands

The League’s agreement with the Kashia provides permanent access to a sacred site on the coastal bluff, where they can gather for spiritual and cultural activities such as seasonal ceremonies, traditional prayers and harvesting seaweed and abalone.

“Our ancestors took care of these lands for thousands of years. Having access to our sacred site at Stewarts Point is deeply meaningful,” said Reno Franklin, Chairman of the Kashia. The tribe’s Rancheria, a small settlement, is located a few miles inland on Skaggs Springs-Stewarts Point Road.

“Knowing that the Kashia will have access to their ancestral lands and that we will be able to work with our partners at Regional Parks to provide access to this Stewarts Point and educate the public about its important history also makes this a truly enriching opportunity for the community,” said Bill Keene, District General Manager.

“We are thrilled to acquire the Stewarts Point easement from Save the Redwoods League to ensure conservation of these beautiful forests, this critical section of the Gualala River, and the coastal terrace we all treasure,” Keene said. “This fits squarely into our acquisition plan, as it also includes the protection of agricultural lands and an expansion of an existing recreational trail system, in addition to the natural resources.”

Local history is ubiquitous at Stewarts Point, where little has changed in 150 years. In the 1860s, Herbert Archer (“H.A.”) Richardson came to San Francisco with just “a bride and two dollars.” They found work in Sonoma County — Richardson at a sawmill, and his wife at the Stewarts Point hotel.

Richardson went on to establish various enterprises out of Stewarts Point, including a timber operation. Those businesses would support his family and the small town of Stewarts Point for generations to come. Locals and visitors still patronize the Stewarts Point General Store, which has been owned and operated by the Richardsons since its founding in 1868 and is now a designated historical landmark.

How You Can Help

Today, it takes a community including private landowners, parks, local communities, scientists and our supporters, to safeguard redwood forests. Together, we protect redwood forests from threats such as unsustainable development; restore the forests we have lost; and connect people to these towering wonders of nature. With your help, we can leave the forests — and the world — in a better place than we found them.