The northern spotted owl is an iconic animal we so often picture in the coast redwood forest. For me, I can’t think about these majestic owls without also thinking of one of their greatest allies, biologist Lowell Diller (external link). Lowell passed away unexpectedly this week, leaving the coast redwood community of people and wildlife in sadness.

Every time I’ve heard the nearly silent wing beat of owls among the redwoods, it was alongside Lowell. I have no doubt that the owls recognized him as he had spent decades studying, watching, and helping these birds. Over the years, he taught me so much about these regal raptors and the challenges all forest managers face when seeking to protect imperiled species. The northern spotted owl was listed as endangered in 1990 and since that time, Lowell created new habitat protection measures for the species across private timberlands. When Lowell retired from Green Diamond Resources Co. just a few years ago, he’d witnessed northern spotted owls come back from the brink of extinction on the North Coast, largely because of the bold measures he led to save the species locally.

Over the last year, Lowell began working closely with Save the Redwoods League to better understand how to protect and expand amphibian habitat within the previously logged forests of Redwood National and State Parks. He was a firm believer that people need to help fix the wrongs of the past and was thoroughly committed to helping restore parklands once degraded by timber harvest. His passion and expertise contributed so much to redwood conservation, and we are committed to reflecting his legacy in support of wildlife.

Thank you, Lowell, for your service on behalf of redwood wildlife. You will be profoundly missed. 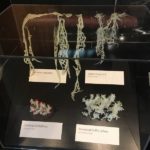 The visitor center at Muir Woods National Monument has something new to share – an exhibit on canopy exploration. 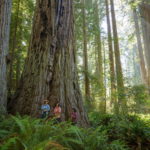 President Trump released his first budget blueprint, offering a glimpse into the Administration’s priorities. Sadly, if enacted by Congress, LWCF and many of the federal agencies that we work with face dramatic cuts, jeopardizing millions of jobs associated with our public lands and undermining protections that would otherwise support a safe and healthy future for Americans.