Recalling one of my most memorable experiences among the redwoods at Jedediah Smith Redwoods State Park, the term that comes to mind is the “magical realism” associated with Latin American literature. I would think, “These giants exist…they are real,” but with a sense of hyper-realism; or maybe, “So unreal, so magical.” They are living, breathing giants, fantasy materialized. They are telling me so much in this silence if I listen attentively. They have a story — a long life over so many human histories.

Yes, with a degree in natural resources I can see the ecosystem with an ecologist and naturalist’s eyes. But as an educator, Latin American historian, and illustrator, I can see and imagine much more. As a Latino, an immigrant from Mexico who grew up in the California Central Valley, I tend to experience the sense of place with admiration, and a particular connection; even if the outdoors of the Central Valley looked so different growing up. I have a proclivity to make connections and bridge experiences, especially with my background and culture — something that can be difficult for some, but which I know to be an asset to the field of conservation.

On a training out in Yosemite for the Latino Outdoors California Mini-Corps Outdoor Education Program, I held out a tiny sequoia seed and looked up at a grown giant, a massive sequoia. The students I was leading, bilingual college students with migrant backgrounds, looked at me — and with a smile I told them, “Miren nomás, ¡si se puede!”

We all laughed, but it was an instant connection with a phrase so commonly used to express hope in a variety of struggles. And, it allowed the students to visualize the greatness that they, like the sequoia, could achieve. It was also an entry point to ask science questions for conceptual understanding: How does such a tiny seed grow to be a giant? Where does the matter come from? That conversation was facilitated with references to their own experiences, family life, and comparisons between the natural landscape and the cultural landscape in which they grew up.

So when I look at the giants of the coast and the Sierra, this is part of my process: amidst the conservation, ecology, science, resource management and just sheer majestic beauty, what role may our culture play in this? How does it connect to our heritage?

As our natural heritage, I believe the redwoods and sequoias are something that we should all see, regardless of socioeconomic status or skin color. We should learn more about how to protect and conserve them, along with the fascinating information we have codified in books and visitor’s displays. But first and foremost, we should simply experience being among them and feeling their magic, opening up the wonder and facilitating connections to our lived experiences.

I believe that we can all connect with these ecosystems on a human level even as we need to understand that we are coming to these experiences from different walks of life. I believe that as a low-income Latino from the Central Valley, I can have the same experience as my wealthier suburban peers. But I started from a different place, with different experiences. Often we forget that and try to rush everyone to be where we are, killing a bit of the magic along the way.

I have visited the giant sequoias and redwoods many times at several different parks since I first saw them as an elementary school student: from Calaveras to Yosemite, from Mendocino to Big Basin. Every time, I work to connect all the senses and emotions as I walk around them. I am not just visiting a park to see things on display. I am connecting with myself in mind and spirit — a restorative experience. I learn about the place and myself.

I have visited the redwoods and sequoias alone, with friends, and in many different roles. Most recently with Latino Outdoors we have taken families in the Central Valley to the sequoias, and families from the Bay Area to Muir Woods — and we see that same sense of wonder looking at the gigantes — que grandes! We talk about the ecology, we talk about conservation, but just as important we also listen to each other and share the cultural connections between this community of giants and our own. We learn about the place, and ourselves.

José G. González is the Founder and Director of Latino Outdoors. Latino Outdoors is a growing community as a network and volunteer-run organization to “connect cultura with the outdoors.” The focus is on promoting a network of like-minded professionals, supporting outdoor leadership capacity-building opportunities for youth and young adults, and serving as a storytelling platform for defining the ambicultural identity connecting Latino communities and the outdoors. 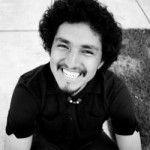