Of all the stories in the history of redwoods conservation, one of the most inspiring is how they came to serve as a living memorial to our veterans.

In 1945, with victory in Europe and Japan within sight, individuals and organizations all across the country united in nation-wide effort to preserve 5,000 acres of old-growth redwoods as the National Tribute Grove to honor the 16.1 million men and women who served in America’s Armed Forces during World War II, both those who returned and the almost 300,000 who died defending democracy.

Thousands of people and organizations from all 48 states and the territories of Alaska and Hawaii contributed to help fund the National Tribute Grove, with the name of each donor recorded in a “Golden Book” in the National Archives, along the names of the soldiers, sailors, Marines and airmen their contributions honor.

At the dedication ceremony in 1949, Newton Drury, who was then the director of the National Park Service after having led the League for many years, spoke for all Americans when he said the National Tribute Grove was to be known as an ever-living “memorial of eternal gratitude, eternally expressed” to those men and women who served in the armed forces of the United States in World War II and so preserved American freedom.

According to the National Park Service, Jedediah Smith Redwoods is home to the largest WWII memorial in America. The National Tribute Grove also carried on a tradition that began shortly after Save the Redwood League’s founding near the end of World War I when the League dedicated its first memorial grove to honor Colonel Raynal C. Bolling on August 6, 1921.

Col. Bolling was the first high-ranking American officer to fall in World War I and was posthumously awarded the Cross of the Legion of Honor and the Distinguished Service Medal.

After the war, League members donated $12,000 in Col. Bolling’s memory to the purchase a 60-acre redwood grove near the confluence of Eel Creek and the South Fork of the Eel River, in what soon became Humboldt Redwoods State Park, one of the earliest redwood parks and now the largest in the California State Parks system.

Since the Bolling Grove dedication 1921, over 1,000 groves have been dedicated, each with an interesting story, many in honor of individuals who served in the armed forces, and on Memorial Day we honor them all, with special thanks to those who died defending our freedom.

Want to know more? Learn about the League’s grove program and how you can name a special place in the forest for your loved ones. 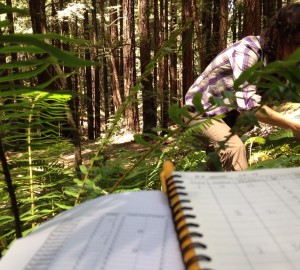 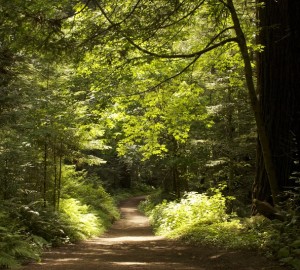