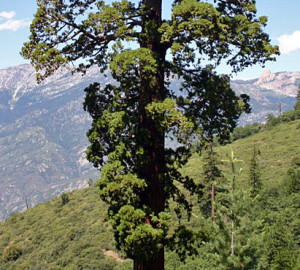 Being dwarfed by Earth’s most massive tree, the giant sequoia (aka “Sierra redwood”), fills you with wonder. It’s hard to believe that a living thing can be so enormous and old. It may be alarming to see these forests on fire, but research funded by your gifts shows that disturbances such as these actually are good for giant sequoias. Learn more about this research. 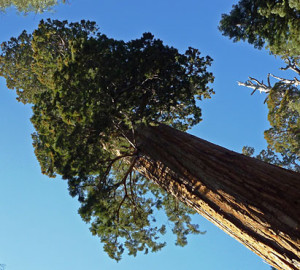 It seems unfathomable that the tiny seedlings Rob York sowed among ash piles in a clearing at Whitaker’s Forest could someday grow to be among the largest creatures on earth. Yet these green specks grew into giant sequoias two years after seeds were strewn in canopy gaps. This species of titan tree has stagnated in regeneration efforts for nearly a century. York, along with his graduate advisor, John Battles, is working on unlocking the secrets to growing new giants. Learn more about this research.