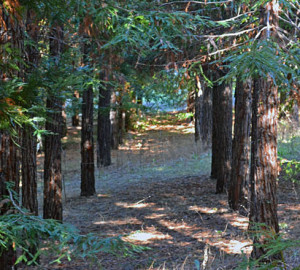 Researchers found in a 2007 study that coast redwoods’ genetic diversity was “very high” throughout the state, and more divergent in Central California. These Central California redwoods are most threatened by climate change and “should be a conservation priority,” said Richard S. Dodd, a professor of plant population genetics at the University of California, Berkeley.