Along the rugged Sonoma County coast, the magnificent 870-acre Stewarts Point Ranch property is blanketed with redwood and Douglas-fir forest, with a fringe of beautiful grasslands along its half-mile of dramatic coastline. Steelhead swim in the sparkling South Fork of the Gualala River, which runs the length of the eastern border.

For nearly 100 years, Save the Redwoods League has protected and restored redwood forests and connected people with their peace and beauty so these wonders of the natural world flourish. In 2010, the League purchased Stewarts Point for $11.25 million as the first step to protect this majestic landscape from potential subdivision and extensive logging and to provide future public access.

In February 2017, the League took major steps to further protect, restore and connect people to Stewarts Point. First, the League reached an agreement, transferring a conservation easement that conserves 700 acres of second-growth redwood forestland, more than 100 acres of coastal grasslands and a 1.7-mile stretch of the Gualala River. The transaction also includes a trail easement, an agreement that will grant public access along a planned segment of the California Coastal Trail by the end of 2019. Another agreement, a cultural access easement, is being finalized to grant the Kashia Band of Pomo Indians (Kashia) access to their ancestral home. Learn more about this property. Save the Redwoods League, California State Parks and the California State Parks Foundation have collaborated to create #GreenFriday, a new Thanksgiving tradition that promotes the enjoyment and appreciation of California’s magnificent state parks. Thanks to the support of members and donors from Save the Redwoods League and the California State Park Foundation, more than 13,000 free vehicle day-use passes will be available to visitors for use at one of the 116 participating state parks. The passes will be distributed on a first-come, first-serve basis and cover day-use admission and parking fees. Learn more and get your pass today! 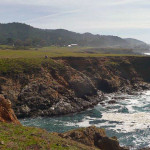