San Francisco, Calif. (June 26, 2018) – Save the Redwoods League, celebrating its centennial year as the only nonprofit organization dedicated to protecting and stewarding giant sequoia and coast redwood forests in California, successfully raised $4 million to acquire Red Hill, one of the two largest unprotected giant sequoia properties in the world. The 160-acre property has 110 ancient giant sequoia growing within its boundaries, and it provides critical habitat for imperiled species including the Pacific fisher, Sierra marten, and California spotted owl. Red Hill is surrounded by the Giant Sequoia National Monument and Sequoia National Forest. The League plans to protect and steward the Red Hill property and eventually transfer it to the US Forest Service (USFS) for permanent protection as part of these public lands.

“Red Hill is one of the great natural gems of the Sierra Nevada, and this purchase and ultimate transfer will assure its protection forever,” said Sam Hodder, president and CEO of Save the Redwoods League. “We’re thankful to the many individuals and foundation partners who care passionately about redwoods and donated to help us protect this important grove. We also acknowledge the commitment of the Nicholas family, who have carefully managed the property since the 1970s to ensure the health and safety of the giant sequoia and other mature conifers. This is a project of tremendous significance, bringing us closer to fulfilling the League’s centennial vision to protect the remaining viable old-growth giant sequoia and coast redwood forests.”

The acquisition and ultimate transfer of the property will allow the USFS to manage Red Hill in coordination with the national monument’s general plan, which emphasizes protection of ancient giant sequoia, wildfire risk reduction, watershed protection, habitat enhancement for threatened species, and recreational opportunities. Those goals also conform to the priorities of the Tule River tribe, which owns adjacent lands.

The eventual transfer of Red Hill to the USFS will allow for expanded public recreational opportunities in the Tule River watershed, such as hiking trails. The giant sequoia forest of the Red Hill offers a globally unique visitor experience less than 200 miles from metropolitan Los Angeles.

Michael Nicholas, the previous owner of Red Hill, said the League’s purchase of the grove conforms to the long-standing determination of his mother, Isabelle Nicholas, to protect its magnificent trees. “Save the Redwoods League shares a lot of our same interests as far as protecting the land and ensuring this resource is going to carry on and be a treasure not only for this generation but for future generations,” said Nicholas. “I feel like it’s a real win-win situation for all of us. My mother’s trees will live on.”

The League raised $4 million for the project, meeting its goal, thanks to a generous challenge issued by an anonymous donor to match all gifts made to Red Hill dollar for dollar. The $4 million goal included the $3.3 million purchase price and an estimated $700,000 for project costs and stewardship activities to enhance forest conditions and climate and fire resilience on the property. Over 3,100 League members from across the country contributed to the effort along with significant grants from local and regional foundations including The Joseph & Vera Long Foundation, Ted Martin Legacy Fund at the Central Valley Community Foundation, The Conservation Alliance, the Flora L. Thornton Foundation and the Summer Hill Foundation. The project has also garnered wide support from conservationists, local communities, and public officials, including the US Forest Service, Sierra Nevada Conservancy, California Department of Fish and Wildlife, and Sequoia Riverlands Trust.

Red Hill is one of the last remaining inholdings within the Giant Sequoia National Monument and, before the League’s acquisition, was one of the last unprotected sequoia groves in the world. It’s critical to the monument’s long-term planning for several reasons, including the number of mature giant sequoia it supports, the high quality of the forest, the presence of imperiled species, and its location along the South Fork of the Tule River.

Save the Redwoods League envisions vibrant redwood forests of the scale and grandeur that once graced the California coast and the Sierra Nevada, protected forever, restored to grow old again, and connected to people through a network of magnificent parks and protected areas that inspire all of us with the beauty and power of nature. Over the next 100 years, the League is committed to securing the protection of remaining old-growth coast redwood and giant sequoia and the vibrant forest landscapes that sustain them. Learn more about this and other centennial objectives.

To schedule an interview, please contact Robin Carr, Landis Communications at (415) 971-3991 or redwoods@landispr.com.

For more information about Red Hill, go to SaveTheRedwoods.org/RedHill or contact 415-820-5800.

Save the Redwoods League Celebrates 100 Years
One of the nation’s oldest conservation organizations, Save the Redwoods League is celebrating 100 years of protecting and restoring redwood forests, connecting generations of visitors with the beauty and serenity of the redwood forest. Our 19,000 supporters have enabled the League to protect more than 200,000 acres of irreplaceable forest and help create 66 redwood parks and reserves. For more information, go to SaveTheRedwoods.org. 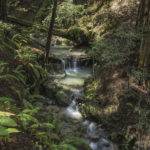 Save the Redwoods League, celebrating their centennial year as the only nonprofit organization dedicated to protecting and stewarding coast redwood and giant sequoia forests in California, today announced that it has acquired the 730-acre Harold Richardson Redwoods Reserve in Sonoma County to permanently protect hundreds of old-growth redwoods and provide future public access to them. 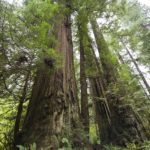 Save the Redwoods League Marks 100th Anniversary in October 2018, with a Week of Events Throughout California