In 25 years of granting, scientific findings inform stewardship and land management efforts in both forest ranges

San Francisco, Calif. (May 18, 2022) — Save the Redwoods League today announced it has selected eight projects to receive a total of $129,595 in grant funding to advance research and discoveries in coast redwood and giant sequoia forests in 2022. Selected grantees will investigate a range of projects from the effects of wildfires on the redwood and sequoia ecosystems to the effects of prescribed burning on wildfire fire behavior and effects to the genetics of redwood forest salamanders.

For a second year, the League has expanded its research grant offerings to include starter grants for graduate and undergraduate students of color interested in redwood forest research. These grants provide introductory opportunities to members of underrepresented communities to engage in redwoods research and to encourage a diversity of perspectives and approaches.

“The research teams we selected this year for grant funding are poised to offer us insights into wildfire, prescribed fire, climate crisis, and wildlife of the redwoods. Fire is front and center for us: let’s start with catastrophic impacts of wildfire, from the 2020 CZU fire in the Santa Cruz Mountains (coast redwoods), to the 2020 and 2021 fires in the southern Sierra Nevada that caused the death of 19% of all giant sequoia in the world. At the same time, we are looking at the extent to which previous prescribed fire may have ameliorated wildfire damage. We are also supporting the study of wildlife in the redwoods, from biodiversity, to invasion, to ecosystem function.

Since 1997, Save the Redwoods League has awarded more than $4.1 million in research grants to fund studies that have provided the scientific community and the public with valuable information about coast redwood and giant sequoia forests. These data support stewardship and land management efforts by the League and others in both forest ranges.

Key findings resulting from this 25-year program include the discovery that coast redwood and giant sequoia forests store more carbon per acre than any other forests in the world. Also, previously cut but regrowing (second-growth) coast redwood forests accumulate carbon at a rapid pace. These findings show that California’s redwood and sequoia forests are allies against climate change and their conservation and restoration is essential.

This annual research grant program funds research on California’s coast redwood and giant sequoia forests to help Save the Redwoods League and its conservation partners understand how to best conserve and restore these ecosystems. The five selected projects are:

Dr. Rob York and Ariel Roughton of the University of California, Berkeley: $25,000 to investigate the impact of wildfires on large giant sequoias and the connections between forest treatments (i.e. prescribed fire, selective thinning or pruning) and post-wildfire survival of giant sequoias. In a time of regular, catastrophic wildfires, the rate at which mature giant sequoias have perished has accelerated to an unsustainable rate. At the same time, giant sequoias are not regenerating in sufficient numbers. This research will help enhance our methods and approach to managing giant sequoia groves for the long-term survival and sustainability of the species under a changing climate.

Sky Biblin and Dr. Will Russell from the San José State University (San José, CA): $25,000 to measure differences in vegetation recovery in Big Basin Redwoods State Park forests affected by wildfire. The researchers will determine if those forests that have been treated by controlled burning experienced different post-wildfire vegetation growth than forests that were not previously treated with controlled burning. The findings will provide direct sampling following a large-scale wildfire in a coast redwood forest. The study also will provide land managers with additional information on the effectiveness of prescribed fire (aka. controlled burning).

A Reassessment of Black Salamander Species Diversity in Redwood Forests

Dr. William Bryan Jennings of University of California, Riverside: $14,595 to closely examine Aneides flavipunctatus, or Black Salamanders, and ascertain if there are multiple species among these populations in northern California that have previously gone unnoticed. By studying these salamanders, the researchers will be able to refine the account of biodiversity in the coast redwood landscape and better guide conservation policy concerning these salamanders and their habitats.

Dr. Nick Kerhoulas and Dr. Lucy Kerhoulas of Cal Poly Humboldt(Arcata, CA): $25,000 to discover the northernmost extent of the Sonoma tree vole – a small tree-dwelling mammal endemic to northwestern California – distribution, how restoration thinning influences their abundance, and differences in numbers and genetic diversity of their populations in primary and second-growth coast redwood forests. Results from this research project will inform members of the scientific community, from mammologists to phylogeneticists, as well as land managers.

For a second year, Save the Redwoods League continues its Redwoods Research Student Starter Grants Program, offering up to $5,000 each to undergraduate and graduate students of color (Black, Indigenous, Latinx/Latina/Latino, Asian, Pacific Islander) interested in research in the coast redwood and giant sequoia forests. The three projects selected for 2022 are:

Emma Centeno from University of California, Berkeley: $2,000 to support students of color who are underrepresented in forestry and conservation to map redwood habitat forecasted under different climate scenarios. They will then compare these mapped areas to the changing habitat of endangered species reliant on redwoods as part of their ecological niche. This project will provide information on where the most important areas are to initiate conservation efforts.

Sonya Pendrey and Damiana Rojas from University of California, Santa Cruz: $8,000 ($4,000 each) to measure the prevalence of the fungal pathogen Botrytis cinerea, also known as grey mold, in burned and unburned areas of redwood forests and on seedlings of coast redwoods. They will test if grey mold is an inhibiting factor for the growth and survival of redwood seedlings and redwood forest regeneration. The results of this study will aid land managers in improving future efforts in forest restoration by devising strategies to counter seedling mortality from this pathogen.

Layla Scott from University of California, Santa Cruz: $3,555 to research the utility of rainwater tank storage systems and explore potential applications of these systems to using non-potable, recycled water instead of water drawn from rivers and streams in redwood ecosystems. This project will help promote water conservation stewardship by investigating ways to offset the demand that cities place on the landscape, thereby ensuring that fish, animals, and vegetation of the redwood forest have reliable access to water.

The public can learn more about the League’s grant programs and donate to support future research in the coast redwood and giant sequoia ranges at SaveTheRedwoods.org.

For more information or to schedule an interview, contact Robin Carr at 415-971-3991 or redwoods@landispr.com.

One of the nation’s longest-running conservation organizations, Save the Redwoods League has been protecting and restoring redwood forests since 1918. The League has connected generations of visitors with the beauty and serenity of the redwood forest. The nonprofit’s 26,000 supporters have enabled the organization to protect more than 216,000 acres of irreplaceable forest in 66 state, national and local parks and reserves. For information, please visit SaveTheRedwoods.org. 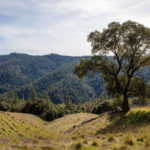