Sixty-five million years ago, many of Earth’s inhabitants — including the dinosaurs — were wiped out when a meteor struck the Yucatan Peninsula. This was the fifth mass extinction in our planet’s history. Now, scientists have reached a broad consensus that the Earth is entering its sixth mass extinction event, this one caused mainly by human activity.

The dire news, confirmed by a 2015 study, is that the Earth’s species – wondrous creatures that have evolved over millions of years – are going extinct at an extremely high rate. In the last century, vertebrates have gone extinct at 114 times the historical or “natural” rate. The number of species that should have taken up to 10,000 years to go extinct have disappeared in just 100 years.

Not all species are at equal risk of extinction. The most vulnerable ones are those with limited habitats — one of the study’s authors mentions the redwood, as well as the grizzly bear and red-legged frog, all icons of California.

The coast redwood forest naturally grows in a narrow, 450-mile strip along the coast from southern Oregon to Big Sur. Only 120,000 acres (about 5%) of the original old-growth redwood forest remains; another 1.5 million acres of young forest spans the redwood range.

But coast redwoods are actually more abundant now than they were 200 years ago, before we began cutting them. Why? For one thing, they’ve been planted globally for horticulture and timber. Also, cut-over parts of the natural coast redwood range are crowded with many more young redwoods than the old-growth forests that were there before harvest.

Of course, there is a difference between losing a species and losing a whole forest type. The redwood forest includes not just old and young redwoods, but a rich diversity of plant and animal species — everything from ferns and flowers to owls, salamanders, bears and many more. Many of these species evolved for millions of years to live in old-growth redwood forests – the big, old trees provide the specialized habitat they need to survive.

The old-growth forest type is what is critically imperiled because so little is left — there are few old redwood trees. This creates a problem for biodiversity that relies on old redwoods for habitat. The past logging practices that eliminated most of the old redwoods put many other species at risk: Northern spotted owls, marbled murrelets, red tree voles, and many others — including some not yet identified.

Fortunately, there’s a lot we can do to protect this vulnerable ecosystem. Research and citizen science are critical so that we can identify and understand the forest’s inhabitants, and then design strategies to conserve them.

The Save the Redwoods League Redwoods and Climate Change Initiative (RCCI) is studying the impacts of climate change on the redwoods in order to create a comprehensive climate adaptation strategy for the forest. 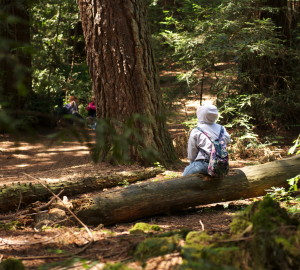 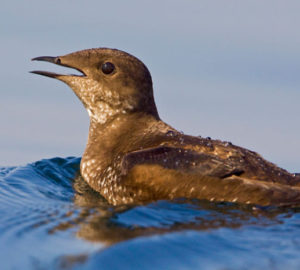 Conservation, Then and Now 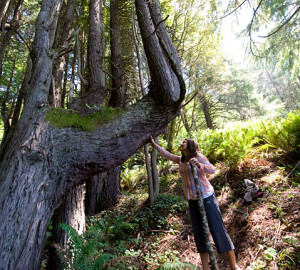 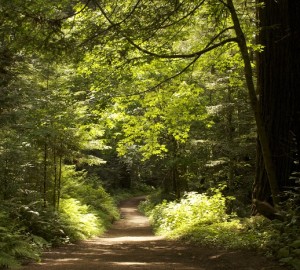