by Redwoods Reporter on May 26, 2016
Ecology is the study of the relationships between organisms and their environments. Relationships, humans would have it, are complicated.

For 250 million years, redwood kingdoms have crowned the Pacific Coast of North America. Ancient as they are, the silent giants are acutely aware of those of us who live among them.

In the tangle of our wireless world we are more connected than ever before. It’s puzzling, then, how distant we now find ourselves from the natural environment. While our world migrates into the cloud, the Redwoods Reporter series will keep a pair of boots on the trail with educators, adventurers, foresters, chefs, doctors, artists and scientists who are called back by the redwood forests.

Since early American groups arrived in the coast redwoods millennia ago, the forests have provided spiritual and physical sustenance, shelter, refuge, and inspired awe in the hearts of millions.

Tanoak acorns were a dietary staple for Athabaskan peoples of the Lost Coast. These days foragers dig for black trumpet and winter chanterelle mushrooms. In the 19th century, John Muir and Walt Whitman waxed about the spiritual nourishment of the outdoors. Now, medical research testifies to the health benefits of spending time in nature and living close to public parks and open spaces. In the last hundred and fifty years, the ancient trees have been felled by loggers to build our cities. In their places stand young redwood forests, vineyards, homes and agriculture. Here, in San Francisco, I sit in a Victorian-era building and wonder if behind this cream-colored drywall, there are the cinnamon remains of an old-growth redwood.

We still live among these trees and we share their problems. An recent article in Nature disclosed that the sea level is poised to rise three feet by the end of the 21st century and threatens to displace over 100 million people. As the sea level infringes on the redwoods’ narrow 450 mile strip of coastline, old-growth redwood forests continue to combat climate change by sequestering and storing more carbon dioxide than any other ecosystem on the planet. At UCSF Benioff Children’s Hospital and the Institute at the Golden Gate, researchers are studying the relationships between nature and health. They’re partnering with the East Bay Regional Parks District and Healthy Parks, Healthy People to provide transportation and programs at parks like Anthony Chabot and Redwood Regional Park in Oakland.

Coast redwoods, the world’s tallest trees, grow from the smallest cones. With an initial $100 donation in 1918, Save The Redwoods League was established to protect one of California’s greatest treasures.

Nearly 100 years later, the League still defends the remaining old-growth forests from logging, land conversion, budget cuts, and other modern-day threats. The League’s dedicated team of scientists, foresters and land stewards lead the redwoods conservation movement in the 21st century. We have succeeded in protecting nearly 200,000 acres of the redwood forest through land purchases, conservation easements and managing and stewarding land. By restoring old-growth conditions, the League fulfills its vision to restore majestic trees and waterways and to protect species like the spotted owl, marbled murrelet, and coho salmon. It is by conserving these ancient trees that we can envision our future cities, parks and public spaces.

“Just as it is our mission to protect and restore these forests for their own global significance, it is also our responsibility to connect people to these places,” said League President and CEO Sam Hodder.

“When you go into a redwood grove, you come out a better person. Collectively, we need these redwood forest experiences; we need to ensure that these moments of joy and transformation become a central element of the American experience.”

These towering, ancient giants can live over 2,500 years. Redwood kingdoms have outlasted empires from Rome to Tenochtitlan, but here in California, in one-hundredth of their lifespan, they have watched the entire 23 years of mine.

I lost my first tooth under giant sequoias in Mariposa Grove. I ambled riverside along the Lost Coast Trail on family vacations. I watched the crowns of coast redwoods blur through my sunroof as my best friend and I plummeted up and down the West Coast on tours, college trips and adolescent adventures. Upon graduating college, I made my bed on their soft, shed leaves in Julia Pfeiffer Burns State Park in Big Sur for a week and explored hidden surf breaks from Andrew Molera State Park to Plaskett Creek.

These stories I tell my friends and family about my experiences in the redwood kingdom are a few vibrant leaves on a cluttered forest floor. You have your own stories and play your own part in this beguiling ecosystem. This series is our platform to share them and each of our opportunities to make more while we save the redwoods. Watch: The Future of Redwoods Conservation and Why You Should Care 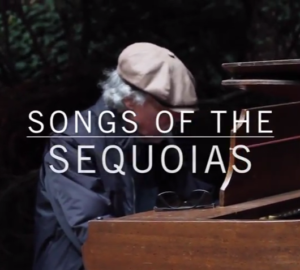 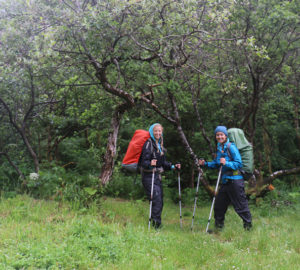 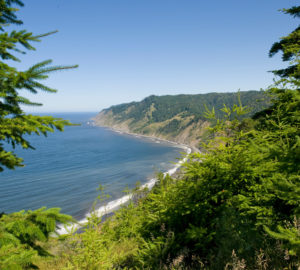