It’s no surprise that The Overstory won the 2019 Pulitzer Prize for Fiction, because this novel is magnificently written. The book is about forests, their grandeur, their importance, and their destruction.

The blight that wiped out American chestnut trees in the early 1900s is pivotal to Chapter 1. Dutch elm disease spreads death in Chapter 3. The rest of this epic novel explores yet another threat to forests—the disease of civilization.

Each of the nine main characters has had a defining experience with trees. Douglas falls out of a war plane into a banyan tree that saves him; young Neelay falls out of an oak and is maimed for life. Five of the characters join up in Northern California’s redwood groves in 1990 to protest logging.

Adam, a psychology student, arrives at the protest to study the protesters. He wants to understand why most people fail to perceive real threats to their existence, including environmental threats. “What keeps us from seeing the obvious?” Adam asks. “And the more interesting part of the question … (is) how some people manage to see.”

The Overstory’s characters go beyond just seeing, and risk their reputations, their livelihoods, and their lives to save forests. The Sequoia Lives On

The Sequoia Lives On seeks to open young people’s eyes to the wonder of looking up at the world’s most massive trees. While Cooke’s language—“Gaze into its branches and wonder how the sequoia lives on”—does a great job of placing the young reader at the base of a giant sequoia, Hsieh’s colorful illustrations cannily include young people for scale.

As the title suggests, The Sequoia Lives On is not merely concerned with impressing its readers with the size of these trees. Rather, it takes us along on the life journey of these giants that can live for centuries.

Along the way, it describes the trees in simple terms, comparing a sequoia’s height to three blue whales stacked chin to tail, and its weight as 300 elephants. It is also nice to see fire—which so many generations have been trained to view as destructive—discussed for the healthy and necessary role it plays in the giant sequoia’s life cycle.

Did I mention that this is a beautiful book? The language evokes the sights, sounds, and other sensations of the giant sequoia forest. Through the words and pictures, the reader feels the fallen leaves underfoot, sees the sunlight beaming through the canopy, and revels in the fresh air of the forest.

This lovely book concludes with a section for parents—and we assume eager learners—to learn more about the sequoia and the science behind their size and longevity.

—Garrison Frost, Director of Communications, Save the Redwoods League, and Redwoods Editor 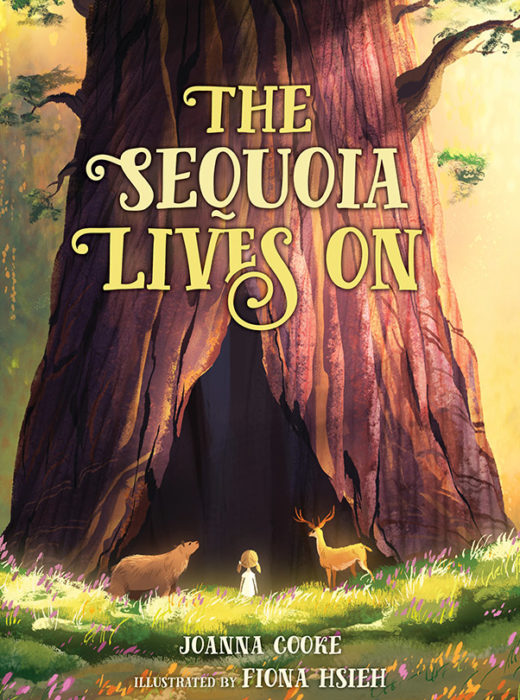 Half of the 48,000 glorious acres of giant sequoia forests in California, including Giant Sequoia National Monument, are owned by the US Forest Service. Despite the groves’ significance, these magnificent places have limited recreational, educational, and interpretive infrastructure to support their hundreds of thousands of annual visitors. Go with the Snow in Sequoia and Kings Canyon National Parks

When the snow falls, the ancient forests of Sequoia and Kings Canyon National Parks ascend to another level of otherworldly. With the forest floor blanketed in fresh powder and the giant sequoia’s evergreen leaves frosted, the trees’ massive trunks glow a vibrant orange against a sea of white. Winter is the time to enjoy the giants while snowshoeing, skiing, and sledding.