California Condor to Soar in the Redwoods Once More

by Sonia Morris on February 8, 2017
After disappearing from the Pacific Northwest over a century ago, wild California condors may once again find ample nesting, breeding, and foraging habitat in the redwood range. These large, dark birds once lived throughout much of the United States before experiencing a dramatic population decline and reaching near extinction in 1987. Over the last 30 years, captive breeding and reintroduction efforts put this species on a path toward recovery, and new plans to bring the California condor back to Redwood National Park will greatly improve its chance for survival.

The California condor may not be the prettiest bird in the sky, but it is certainly one of the biggest! The wingspan of one of these new world vultures can reach over nine feet. These bald scavengers also serve an important role. By foraging for deceased animals and feeding on the carrion, California condors clean the area around them and help break down and return nutrients to the earth.

When the first homesteaders made it out west, people hunted condors and collected their eggs. Their food supply was also reduced as the homesteaders hunted elk, antelope, and other large animals, leaving fewer carcasses for the condors to feed on. More recently, California condors faced a decline in population numbers due to electrocution from high voltage power lines, habitat loss, and poisoning from lead and DDT (an insecticide), among other causes.

In April of 1987, the last wild California condors were captured with the eventual goal of releasing captive-bred birds into the wild to rebuild their natural population. Since the 1980s, captive breeding programs have successfully increased the number of birds from less than two dozen to over 400. Reintroduction efforts to date have been successful, allowing the number of wild birds to soar to 250.

The National Parks Service, Yurok Tribe, and the U.S. Fish and Wildlife Service, along with other partners and supporters, are working to reintroduce California condors from these captive breeding programs into Redwood National Park. Planning and fundraising for the California condor reintroduction in the redwoods began in 2016. After opening the plan up for public comment this month, the public will have 30 days to provide feedback (external link). Then, if the reintroduction is approved, an “experimental population” of condors would be released in the park. The plan also calls for a release facility and monitoring program to be set up in Redwood National Park

The condor is a sacred bird to the Yurok tribe, and they have “been working diligently to make the condor reintroduction a reality and [they] are very close to completing [their] goal of seeing prey-go-neesh [California condor] fly over Yurok skies” says Chairman O’Rourke.

The Yurok tribe identified that the redwood coast contains enough suitable habitat to make reintroduction viable. Hopefully, with the addition of this new redwood reintroduction site, the numbers of wild California condors can climb as high as redwoods themselves.

Learn more about what’s happening with the California condor reintroduction in Redwood National Park and how you can get involved. (external link) 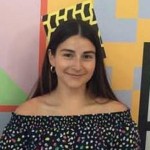 A First Encounter with Redwood Grandeur