Along with spring, summer, autumn and winter, California has a fifth season – fire season.  After a couple of dry winters, the current fire season in California is predicted to be one of the most intense on record.  Habitats from chaparral to our own redwood forest are threatened by this force, a strange and unfortunate combination of man and nature, and it’s worth taking a look at how the situation came to be.

Redwood forests are no strangers to fire.  Lightning strikes and Native American cultural practices were both frequent sources of ignition, and without roads to block them or firefighters to extinguish them, these historic conflagrations once burned enormous areas of the state.  The redwood forest was not exempt from these fires, though it was affected differently throughout its range.  In the far northern reaches of the redwood empire, in areas near the coast and buffeted by fog and rain, the return interval for fire may have been as much as 500 years; while forests in hotter, drier areas further south were likely visited by fires 5-25 years apart.  Because of their frequency, these dry-site fires were not so much destructive as regenerative, their flames unable to reach the tree tops as much of the fuel had been burned in the previous event. Understory plants and dead material was burned away, and light on the ashen forest floor provided the energy and nutrients for new trees, shrubs, and flowers. (Fires in the wetter areas of the redwood forest were likely much more severe, but they happened so infrequently that they can be considered not so much a part of the developmental process as a sort of ‘reset’ button.)

Things have changed considerably.  A century of fire suppression has created conditions far outside nature’s norm, and together with the very human forces of development, recreational pressure, and climate change, the stage was set for destructive fires that have no equivalent in nature as we understand it.  These fires – combined with the lack of those that once came before them – have a tremendous cost not only to the homes and businesses in their path, but to the forest itself.

The subject of fire is a vast and varied one, far more complicated than can be described in a single blog post.  Over the next few weeks we’ll be exploring some of the many aspects surrounding fire in the redwood forests – the scientific, policy, and management issues that affect our redwood and giant sequoia forests.  Until then, please, take care with your candles and cigarettes, bonfires and barbecues.  There’s too much at stake.

One Response to “Fire Season” 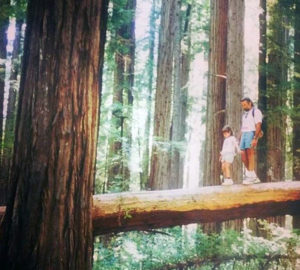 My Favorite Redwood Park: A Gateway to the North Coast Redwoods and to My Own Future 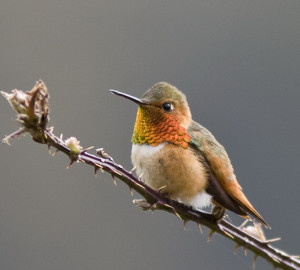 One Way to Manage and Protect a Forest: Burn It