If you leave Redwood National Park and journey 80 degrees south you will arrive at the coastal town of Valdivia, Chile.  These two areas—equidistant from the equator, north and south—are about to be united through a sister park relationship that the League is helping to forge.   Separated by 6400 miles, they have much in common, starting with two remarkable tree species.  We are all familiar with the coast redwood – Sequoia sempervirens.  Its southern relative is the Fitzroya cupressoide, commonly called the alerce or occasionally the “southern redwood.”  Both are members of the cypress family and both anchor iconic temperate rainforests that have been subject to extensive logging and are now protected in a series of parks and reserves.  If you squint while looking at a photo taken in an ancient alerce forest you could imagine yourself transported to the redwoods.

I recently  joined a delegation of five park managers from Chile on a tour of Redwood National and State Parks. These five are involved in establishing one of Chile’s newest parks – the Parque Nacional Alerce Costero that was created in 2012 when public land was combined with a gift of forestland from The Nature Conservancy to establish the largest protected area of continental temperate rainforest in Chile.  The parallels with Redwood National Park are remarkable –both protect temperate rainforest and wild coastlines, both were established with a combination of existing public land and former industrial timberland, and both have restoration needs and are an important part of their local rural economies.

In addition to learning more about park operation and management (I will never look at a trail in the same way having now walked it with a woman who built it!), we learnt about conservation and the park movement in Chile. For instance, since 1976 it has been illegal to cut any alerce tree or any forest in which alerce is a component.  It was also clear that there is a lot we can learn from the Chileans about making parks relevant to the regions they are a part of – a significant part of the funding to build the infrastructure of the new park is coming from the region – Los Rios – which sees a vibrant park as key part of their economy.  They are also working hard to involve local communities in the park – Marcelo, their only park ranger, is the third generation from his family to work as a ranger protecting these forests.

Although separated by 80 degrees, I felt at home with the Chileans talking about the challenges we are facing and the opportunities that lie ahead. There’s a lot we can learn from each other as we work to protect these iconic forests.

3 Responses to “80 Degrees of Separation” 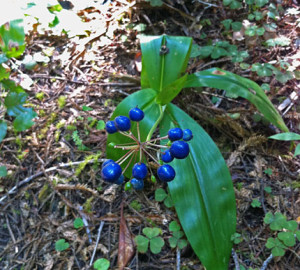 Blue as Blue Can Be