Last month, redwood scientists and forest stewards from as far away as New Zealand gathered for the fourth Coast Redwood Science Symposium in Eureka, CA. Twenty years after the first symposium, this three-day event showcased a tremendous amount of progress in the field of redwood science in topics ranging from genetics to wildlife.

Highlights from the 70 speakers who shared the latest in redwood research include:

To learn more about many of the research studies sponsored by Save the Redwoods League, visit our Redwood Research page. 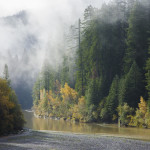 The first rule of nature photography is to take in the scenery before you begin snapping shots willy-nilly. This will give you a feel for the scenes you want to capture. Once you have an idea of a few photos you’d like to get, set up for them and take your time with each one. The intention behind your images will show through when you get home to view them. 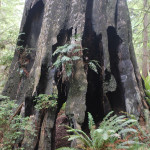 They are beautiful, inspiring and majestic, right? Not all of them. Hidden in the darkest recesses of both forests lurk some of the creepiest trees on the planet, awaiting those brave enough to disturb them during the Halloween season.