by Madeleine Turner on August 16, 2017
A cat crouches over her dinner of a half-eaten deer carcass, a leftover from the previous night, and toothily pulls at its meat. Her body is muscular, six feet long, and at ease. This cat — an apex predator, top of the food chain — looks impossible to perturb.

But then, seemingly out of nowhere, a man’s voice slices through the night’s ambient noise. She looks up, her body tenses, and, without a moment’s hesitation, she leaps out of frame.

The voice didn’t belong to a lost hiker. Instead, it was a recording — part of an experiment conducted by the Santa Cruz Puma Project (external link), a group that studies mountain lions (also called pumas) in the Santa Cruz Mountains. Researchers from the project recently published a paper entitled, “Fear of human ‘super predator’ reduces feeding time in large carnivores” in the June 21 online edition of the Proceedings of the Royal Society B (external link).

A major backdrop for the experiment and the Puma Project work in general, is San Vicente Redwoods, a League-protected property near Davenport. Mountain lions, being solitary and wide-ranging, need huge swaths of undeveloped land to flourish. San Vicente connects 27,500 acres of contiguous protected land — making it a prime location for mountain lion research.

A few years ago, Justine Smith, the lead author of the research paper, observed an interesting pattern; in human-populated areas, mountain lions killed more prey but spent less time feeding. Researchers weren’t sure why, but they suspected it had to do with lions’ fear of people.

“We wanted to know, do they directly perceive us as predators?” says Smith.

Using GPS tracking, her team identified areas where lions had likely killed prey. After searching on foot and locating the carcass, they placed audio equipment and a camera nearby. A lion returning to its kill would trigger motion-sensing technology, which, in turn, would play one of two recordings: ribbits from the Pacific tree frog — neither food nor foe to the mountain lion — or a person talking in a calm, neutral voice.

After 29 experiments with 17 mountain lions, only one lion ran away after hearing frogs (talk about being a real scaredy cat). In contrast, lions fled 83 percent of the time after hearing a human voice — a significant difference.

“They completely bolt out of there,” Smith says. “We weren’t able to capture any nuance because they were all so terrified!”

On top of that, mountain lions were less likely to return to a carcass after hearing a human voice — a result in line with Smith’s previous findings that lions spend less time feeding in more human-populated areas.

“We’re instilling fear in a top predator and changing the way they interact ecologically in the system,” Smith says. “We’re so focused on coexistence, but we don’t think much about how we’re changing the dynamics of a community.”

These days, Smith is researching the cascade of effects humans might have on the ecosystem. We’re far from understanding our impacts on the natural world, but maybe that’s reason to feel extra reverence, even empathy, for wildlife. They are, after all, just trying to survive.


NOTE OF CAUTION: While mountain lions may try to avoid contact with humans, you should still be aware of your surroundings when hiking in lion habitat. If you do encounter a mountain lion, biologists recommend staying calm while making yourself appear big by waving your arms overhead and making noise to scare off the animal. Slowly create distance between yourself and the animal, and be sure to walk, rather than run. You can learn more on MountainLion.org (external link). 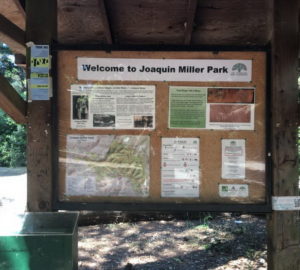 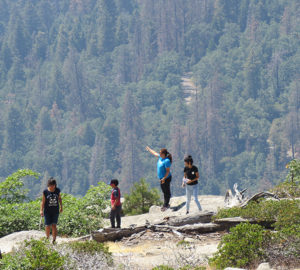