From wild to mild, these routes will get you rolling

Pedaling is an exhilarating way to take in the splendor of redwood forests. Here are four rad rides in the coast redwoods ranging from heart pumpers for mountain bikers to smooth trails for road biking beginners.

There’s surf and turf for cyclists on the 18.5-mile-long Ossagon Trail Loop. The route climbs 1,347 feet along 6 miles of paved roads before turning to 5 miles of singletrack and 7.5 miles of gravel/dirt roads. Start at the north end of the park at milepost 132.9 on Newton B. Drury Scenic Parkway.

For a less strenuous route with a climb of about 600 feet, try the 10-mile Newton B. Drury Scenic Parkway, starting at its southern end. This two-lane paved road is surrounded by towering redwoods on both sides. From November to May, the parkway is closed to motorized vehicles on the first Saturday of each month. This Bike and Hike Day is popular with hikers, leashed pets, strollers, and people with all sorts of other wheels.

Humboldt Redwoods State Park spans 53,000 acres, an area almost twice the size of San Francisco. About one-third, or 17,000 acres, of the park is old-growth redwood forest. That’s the largest expanse of ancient redwoods left on the planet. Thornton Trail is open to mountain bikes, offering sweeping views of redwood-covered mountains, meadows, and shady woodlands. It’s 10 miles one way, making an out-and-back route that climbs 2,129 feet. Start at Albee Creek Campground near the creek.

Along the creek and through the woods

Less than a one-hour drive from San Francisco, the giant redwoods of Samuel P. Taylor State Park are easily accessible: You can picnic, hike, bike and camp right among them. The Cross Marin Trail follows the historic North Pacific Coast Railroad right-of-way as it parallels Lagunitas Creek, resulting in a family-friendly trail through the redwoods that has relatively little change in elevation. The partially paved trail is 5 miles one way, making an out-and-back route that starts at the Leo T. Cronin Fish Viewing Area along the southeast border of the park in Lagunitas.

Ride on the wild side of Oakland

Nine miles from downtown Oakland, Joaquin Miller Park offers natural beauty you can’t find in most cities: fern-lined creeks, wet meadows, redwood groves, oak woodlands, and more than 200 species of native plants. The Sequoia Bayview Trail is 1.5-miles one way, making an out-and-back route on a dirt path that climbs 239 feet through lush woods. The trailhead is at 10800 Skyline Boulevard in Oakland. 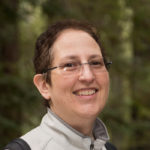 Jennifer Charney, Senior Manager of Marketing Communications, leads the production of many Save the Redwoods League publications. She brings a lifelong love of nature to her role. 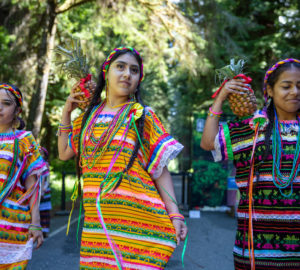 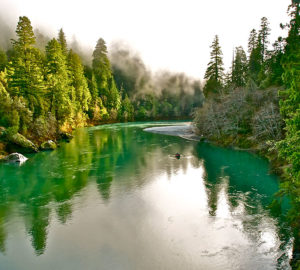 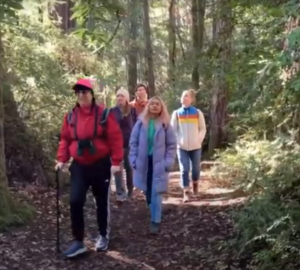 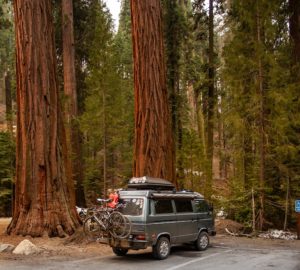 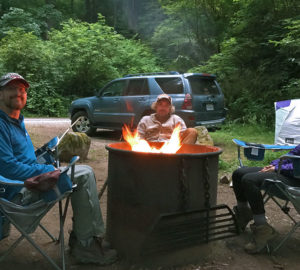 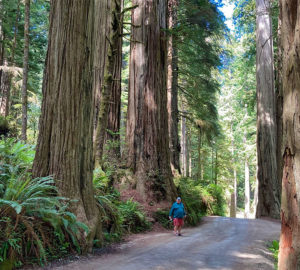 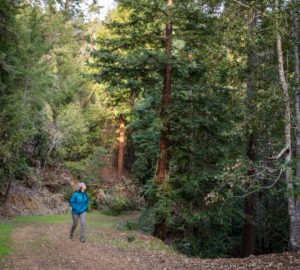