Like many of us, my most transformational moments have occurred on our country’s public lands. I distinctly remember a fall camping trip with my father when I was no more than 10, looking out across a valley of the spectacular orange, yellow, and red sugar maples in the White Mountain National Forest. I remember the sleepy exhilaration of being the first to see the sunrise at the top of Cadillac Mountain in Acadia National Park as a teenager; and hiking down the north rim of the Grand Canyon on a cross-country road trip right after college; and hearing multiple foreign languages spoken at the trailheads of the Angeles National Forest in the San Gabriel Mountains of eastern Los Angeles County at the start of my career in conservation.

These connections with places and people link us together in a shared American experience. Regardless of our differences, we have built sand castles on public beaches, been on Girl Scout adventures through public forests, caught our first glimpse of wildlife in a public park, hooked our first fish on a protected lake, and yes, shared a moment of awe at the foot of a 2,000-year-old tree in a protected redwood forest. Our shared American experience, that which links us across states, genders, races, and political persuasions is our public land.

Many of these special places were protected through the federal Land and Water Conservation Fund (LWCF), a 53-year-old bipartisan program that protects land for the public without using taxpayer dollars. This important program directs a portion of federal revenue earned from offshore oil leases in public waters to securing land for national parks, forests, and wildlife areas.

Just this past April, the LWCF program allowed Save the Redwoods League to save land in the Prairie Creek corridor as an addition to Redwood National Park, preventing development in the heart of a UNESCO World Heritage site. Likewise, our ability to convey a critical addition to the BLM’s Headwaters Forest Reserve — a ranch allowing a trailhead for improved public access into the reserve — is dependent on the continuation of the LWCF program.

Yesterday, President Trump released his first budget blueprint, offering a glimpse into the Administration’s priorities. Sadly, if enacted by Congress, LWCF and many of the federal agencies that we work with face dramatic cuts, jeopardizing millions of jobs associated with our public lands and undermining protections that would otherwise support a safe and healthy future for Americans.

In California, LWCF is vital for our economy. It boosts outdoor recreation opportunities, which support over 400,000 jobs throughout the state and contribute $46 billion each year. The program also delivers on-the-ground conservation results, protecting our precious natural resources, treasured parks, and incredible wildlands. These results are especially significant for our rural and small communities, which depend heavily on outdoor recreation and tourism.

Given LWCF’s successful track record at no cost to taxpayers, its more than 50 years of bipartisan support, and its popularity among voters, Save the Redwoods League is working with a broad coalition of conservation groups, sportsmen, outdoor industry leaders, and impacted local communities to urge Congress to reject the proposed cuts to the program. Please join us in our efforts to support the protection of our public lands and consider supporting the Land and Water Conservation Fund (external link) to help this vitally important conservation program. 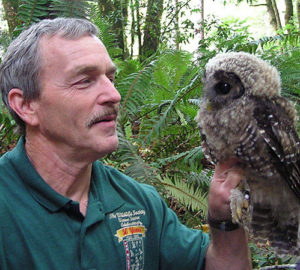 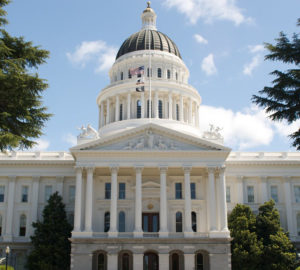 Forest Conservation and the State Budget 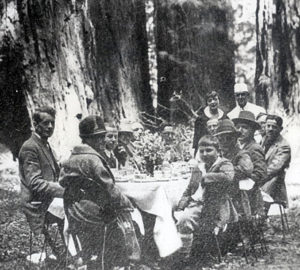