There are certain animals in the redwood forest that easily call attention to themselves. The banana slug is bright yellow, the Pacific giant salamander barks, the spotted owl hoots, and the yellow-spotted centipede has distinctive yellow spots on the sides of its body. But, no one ever leaves the forest talking about snails.

On a recent trip walking through Prairie Creek Redwoods State Park I came across a beautiful and big, reddish-brown snail and I instantly wanted to know more about it: What’s its name? Is it common in this area? What does it eat?

The Pacific sideband, as it is called, is endemic (“endemic” means it’s found nowhere else) to the Pacific Coast of North America, from southern Alaska to California. It lives in mossy, cool forests and eats all variety of plants and fungi. It is mostly eaten by shrews, mice, raccoons and snakes. Interestingly, they are active in the fall, spring and summer, but hibernate in the winter months.

The thing that I find most fascinating about the Pacific sideband is the way in which they reproduce. They and most snails are hermaphrodites, so they have both female and male reproductive organs. When these snails decide they want to mate, they come together and play cupid, literally, with their love darts.

Both snails will shoot each other with these love darts, kind of like they’re stabbing each other. The darts are sharp and made from calcium carbonate, chitin or cartilage. Until recently, the exact role the love darts play in the mating process was not fully understood. Current research suggests that the love darts assist with the movement of sperm. The dart contains mucus which has a hormone in it. This hormone is transferred to the other snail when it is shot into their body. The hormone allows more sperm to make their way to the eggs to fertilize.

Love darts vary in shape and size depending on the species of snail but they all seem to serve the same function.

So, next time you are exploring the forest, don’t underestimate the uniqueness of a seemingly mundane animal. Its story may just surprise you!

If you have any interesting animal stories, please share them with us.

One Response to “Snails Play Cupid with “Love Darts”” 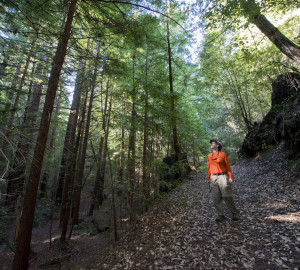 How Not to Get Lost in the Forest 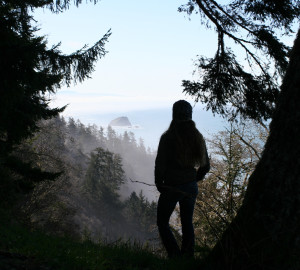 Why Join Save the Redwoods League?