The Garden Club of America Grove

Save the Redwoods League is grateful for the many contributions over the years from garden clubs and their members who share our belief that some places, like the GCA Grove, are so special they are worth saving.

The coast redwood (Sequoia sempervirens), Earth’s tallest tree, is native only in a 450-mile strip from central California to southern Oregon. Their trunks can grow to be 24 feet wide, and they can soar to heights taller than a 30-floor skyscraper. Even more incredible: These trees can live for more than 2,000 years. Some coast redwoods living today were alive during the time of the Roman Empire.

An ancient coast redwood forest contains the most aboveground biomass (organic matter) of any forest on Earth — 7 times greater than a tropical rainforest. The mass of some individual coast redwood trees is equivalent to 15 adult blue whales.

Of the original 2 million acres of ancient coast redwood forest, approximately 95% has been logged. Since 1918, Save the Redwoods League has protected more than 200,000 acres of redwood forests and connecting lands — the size of 16 Manhattan islands.

A History of Partnership

Over the next several decades the League, GCA and California State Parks partnered to protect more priority lands surrounding the initial acreage. GCA members and clubs were encouraged to contribute to the League to cover one-half of the land purchase prices, as they had done during the initial acquisition. The Garden Club of America Grove now contains more than 5,100 acres, the third-largest dedicated grove in the entire State Park System!

Save the Redwoods League is grateful for the many contributions over the years from garden clubs and their members who share our belief that some places, like the GCA Grove, are so special they are worth saving. Since 1930, GCA members from across the country have donated over $1.8 million to protect old-growth redwoods in the GCA Grove and ensure protection of the entire Canoe Creek Watershed and maintain public enjoyment of the GCA Grove and surrounding areas.

While the GCA Grove was protected from logging decades ago, recently it has been difficult for the public to explore and enjoy its towering forests. The 2003 Canoe Fire destroyed multiple footbridges of the River Trail, which winds through the grove. Landslides from storms followed in 2006, and devastating park budget cuts have prevented California State Parks from rehabilitating areas throughout the parks system.

Building on more than 80 years of partnership for redwood conservation, the League and the GCA launched the Bridge the Gap campaign in September 2013 to raise funds to reopen the GCA Grove for the public. The River Trail restoration project includes reconstructing footbridges and building retaining walls to prevent erosion.

“The GCA Grove was The Garden Club’s first nationwide conservation effort,” said GCA President Katie Heins. “I wanted the Bridge the Gap campaign to be nationwide as well.”

Just months after the campaign’s launch, Heins announced with great pride that thanks to the generosity of GCA clubs and their members across the nation, the effort was a towering success. By the time the campaign concluded in July 2014, the effort had far exceeded the initial goal and raised nearly $400,000. These funds completed GCA’s share of the acquisition costs of the final land purchase in 1972 and are being used to restore and reopen the River Trail.

“It was a win-win partnership,” Heins said. “We are delighted to see the money used to reopen the River Trail for our members and the public.”

In summer 2014, Bridge the Gap campaign funds were used to support restoration of 2.5 miles of the 6-mile River Trail that runs through the GCA Grove. Projects included clearing underbrush, building retaining walls, and doing trail maintenance, rehabilitation and construction. To minimize erosion and other environmental impacts, California State Parks has rerouted the trail to higher, more stable ground.

Restoration to the fire- and storm-damaged trail was done by a six-student crew from the Student Conservation Association (SCA), under the direction of California State Parks. The SCA’s participation in the project bridges efforts by the League and GCA to involve young people in conservation to get them to know, love and care for forests in the future.

The campaign also provided funds for the new amenities now welcoming visitors at the grove’s day-use area, including wheelchair-accessible picnic tables, parking, a rebuilt kiosk, and interpretive panels, all in time for spring 2018 visitors to step into wonderland.

Tricia Brown Fowler of Arkansas reflects on her generous donation to the restoration effort. “I was delighted to support this worthy project to restore access to these majestic trees; I decided to do so in honor of my wonderful grandmother and loving mother, both past presidents of the Little Rock Garden Club and incredible GCA ladies.”

Visiting the GCA Grove in the Summer

The GCA Grove is approximately 220 miles north of San Francisco and 45 miles south of Eureka, along the scenic Avenue of the Giants Parkway.

You can hike through the GCA Grove along the River Trail which runs north to south on the west side of the Eel River, and connects the grove to other areas of the park. This trail and the vast majority of the GCA Grove is accessible by a seasonal bridge, open from June 1 to September 31. Because the River Trail is an active restoration project area, substantial areas of the trail are likely to be closed during your visit.

Click here for printable directions to the GCA Grove. 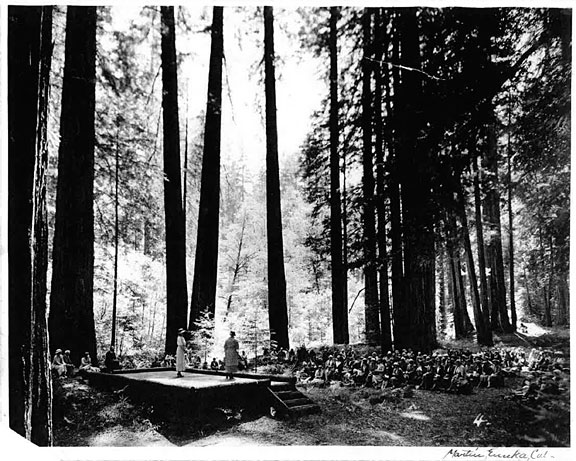 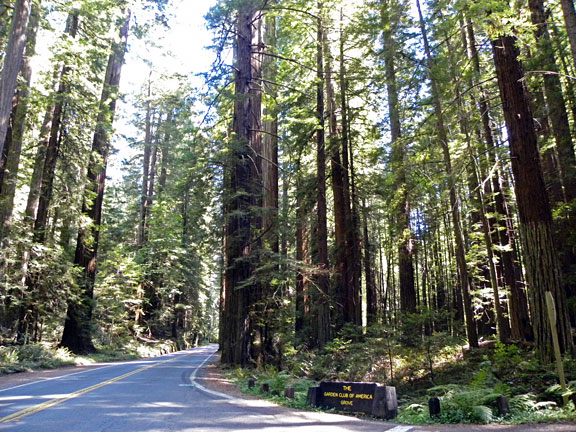 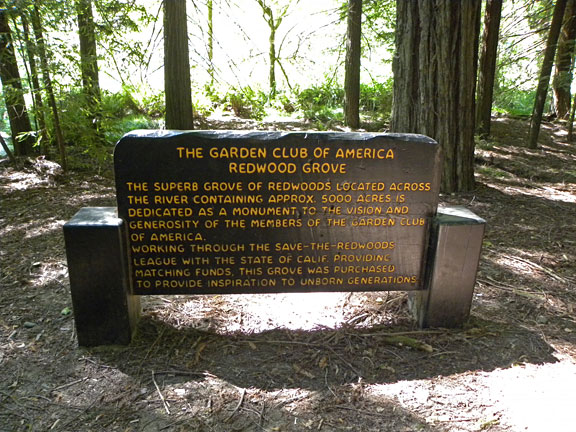 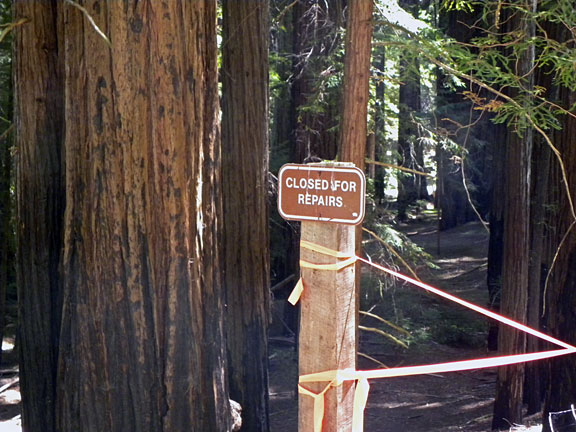 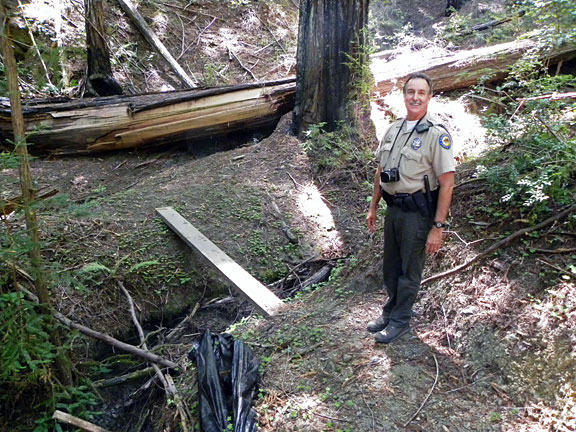 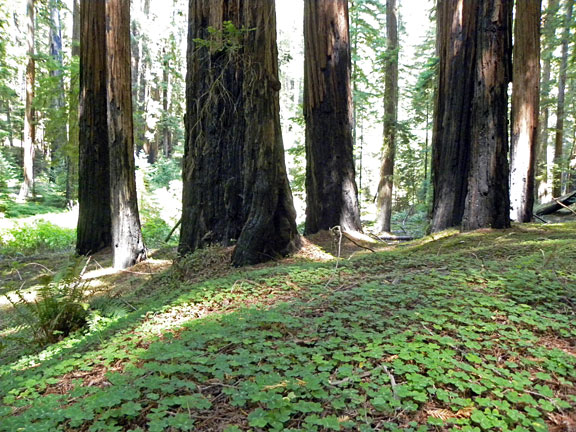 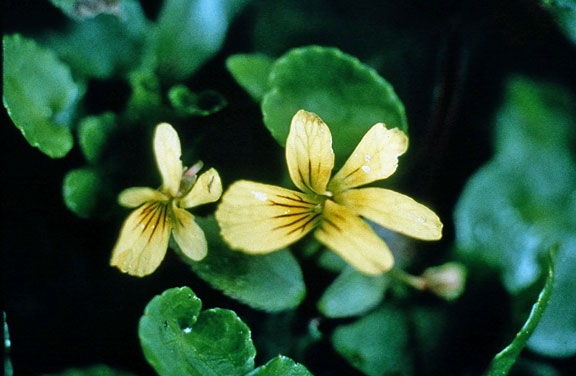 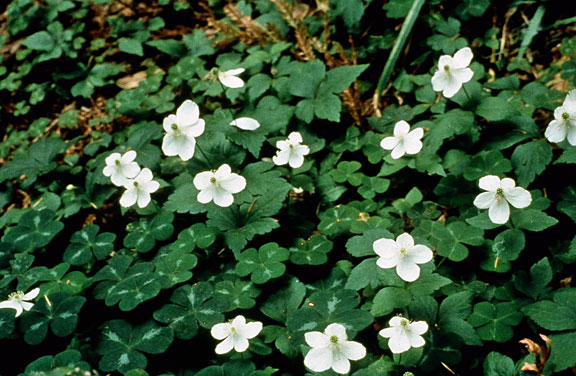 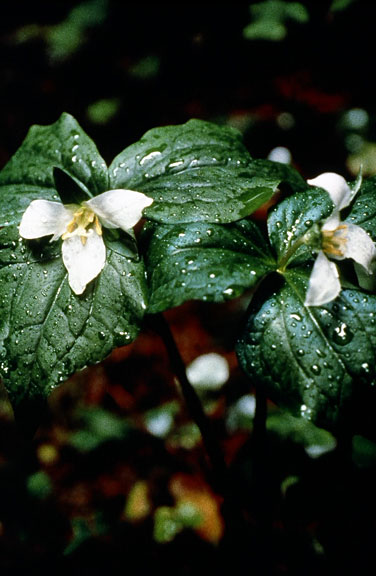 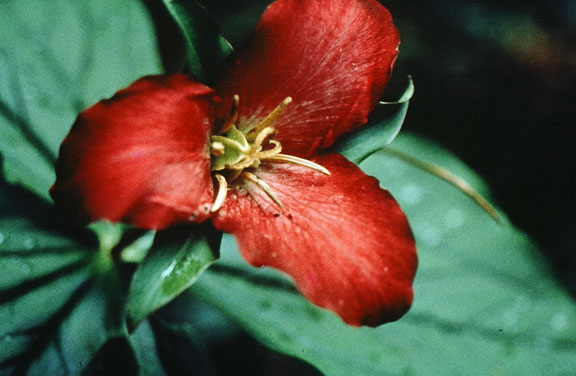 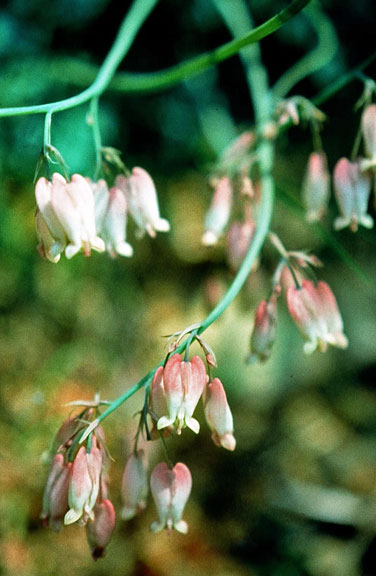 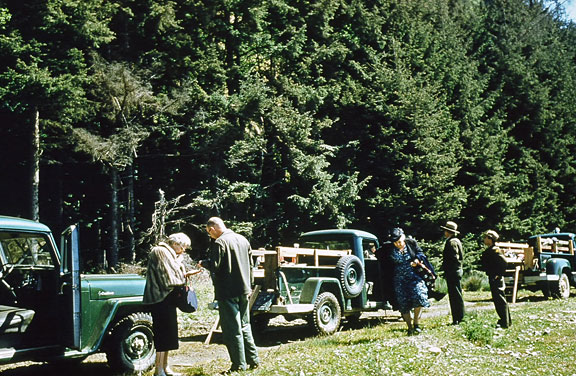 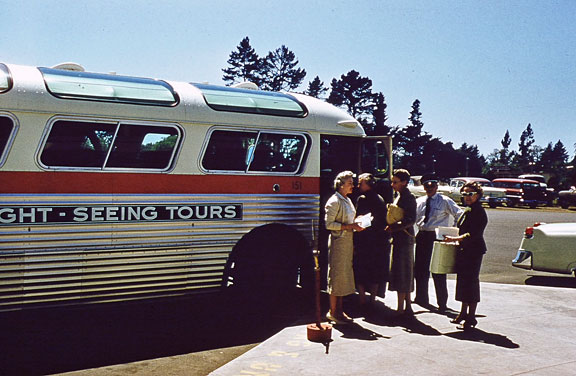 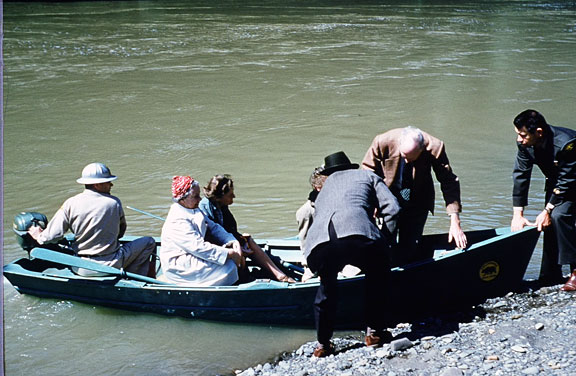 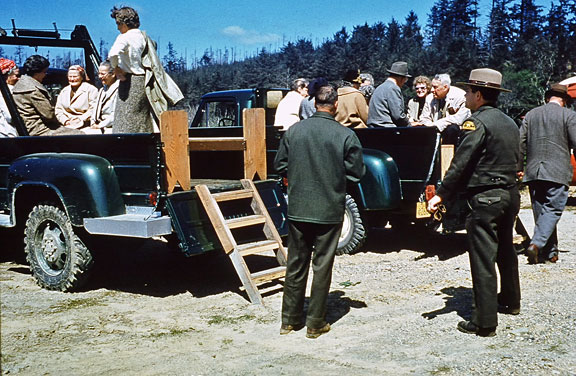 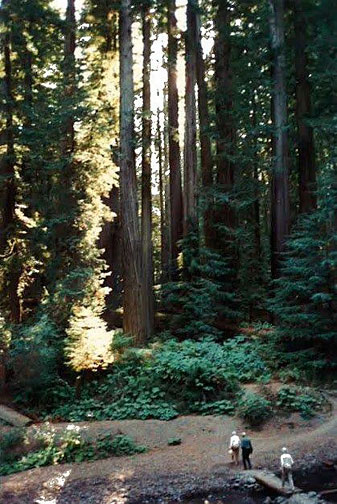