by Sam Hodder on January 20, 2017
In the spring of 2010, I was invited to Washington, D.C. by the Obama Administration, along with other conservation leaders, to participate in the launch of the America’s Great Outdoors Initiative, President Obama’s effort to define his conservation legacy. As the former president begins to define a new chapter in his life following his presidency, I wanted to take a moment to reflect on his conservation legacy and consider how his many successes measure up against the ambitious goals he set for his administration.

In launching the America’s Great Outdoors Initiative, President Obama’s goal was to define a conservation agenda that would mirror the legacy of Theodore Roosevelt Jr., the 26th President of the United States. To help set that agenda, he sent his team on the trail to hear from communities around the country to help shape that legacy. What followed were more than fifty “listening sessions” from Los Angeles, California to Bangor, Maine and everywhere in between. I attended several of the California sessions and watched as his “green team” of cabinet secretaries and agency leaders listened to all of us and framed the needs and opportunities that would become President Obama’s conservation legacy. The themes that came through to me were loud and clear:

Let’s acknowledge that to come into office and set a conservation goal to rival that of Teddy Roosevelt — who famously protected over 230 million acres and established the U.S. Forest Service, five National Parks, 18 National Monuments, and more — was bold, to say the least. While the conservation community was thrilled that President Obama put such a priority on protecting our treasured landscapes, few imagined that he could sustain the momentum to achieve his legacy. Well, sustain momentum he did. From protecting more land and water than any other president, to motivating our nation to act on climate, to opening every national park to kids and their families for free, President Obama earned a place in history as an accomplished conservation champion.

With more land and water conserved during his presidency than any of his predecessors, President Obama protected a total area more than five times the size of California. Throughout his presidency, he pushed for the conservation of important biodiverse, cultural, and historic lands and waterways, establishing 29 new national monuments (external link) and expanding the boundaries of five others throughout his time in office.

The Cotoni-Coast Dairies property, just one of six properties protected last week during his final days in office, adds 5,785 acres to the California Coastal National Monument and safeguards redwood forestland, gorgeous rolling hills, and magnificent terraced cliffs along its ocean views. This was a long-fought conservation success with many shoulders to the wheel over the years to shield Cotoni-Coast Dairies from development and deforestation. Its protection was initially negotiated by Save the Redwoods League, and that allowed the Trust for Public Land to acquire the property and eventually donate it to the Bureau of Land Management. Many conservation groups and donors supported the project along the way and now, the Cotoni-Coast Dairies property will remain protected as part of this newly expanded California Coastal National Monument.

Did You Know? Under the Antiquities Act, passed by Congress and signed into law by Theodore Roosevelt Jr. in 1906, a president can create or expand national monuments on federal land to protect historic, prehistoric, scientific, or other culturally significant sites.

‘Every Kid in a Park’ Sent Millions Outdoors

President Obama mused while walking through the giant sequoia in Yosemite National Park, “I do believe that, when we get kids, families, out in open spaces, it changes them. It roots you. It gives you a sense that there’s something bigger and grander than you.” [Source] I couldn’t agree more, and by providing free access to public lands for fourth graders and their families through his ‘Every Kid in a Park’ initiative, President Obama was able to encourage millions to get outdoors. In the program’s first year, nearly two million free passes were downloaded. The initiative also provided transportation to needy schools, educational resources for K-12 teachers to use in the parks, as well as online tools to help families and schools plan their trips — all for free.

The conservation legacy of American presidents began in 1864, when Abraham Lincoln, inspired by the giant sequoia in the Mariposa Grove in Yosemite, took the first great step of land conservation. Just a few years after settlers first discovered the giant sequoia trees, and in the middle of the Civil War, Lincoln set aside, as publicly protected land, the Mariposa Grove of Giant Sequoia and Yosemite Valley. For the first time in our history land was designated as wild and natural for public enjoyment.

This year, Yosemite National Park and Yosemite Conservancy, with partnership and support from Save the Redwoods League, celebrated the restoration of the Mariposa Grove, the birthplace of land conservation. With millions of federal dollars leveraged with millions more in private philanthropy, the park has advanced a restoration project to remove the cars and pavement from the Grove and restore natural hydrology to the ancient forest.

The Obama family came to the Mariposa Grove this past August and, as if to pay his respects for the presidents whose legacy he most respects, he stood in the landscape that Lincoln helped to protect, saying, “Teddy Roosevelt called this a temple grander than any human architect could possibly build. [That] was no understatement.”

Nor can President Obama’s conservation legacy be understated. Thanks to the leadership and investments of his administration, more people are visiting our nation’s parks today than ever before, and future generations will look back on his legacy as the point at which we as a nation renewed and restored our collective connection with our natural landscape. 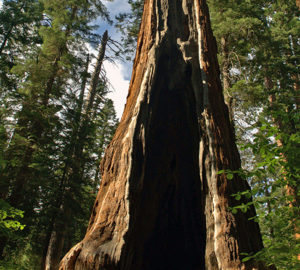 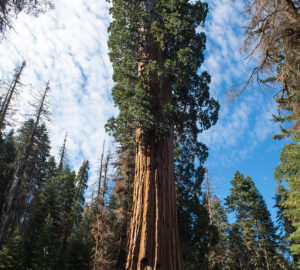 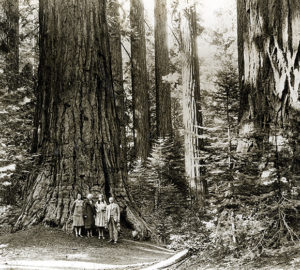 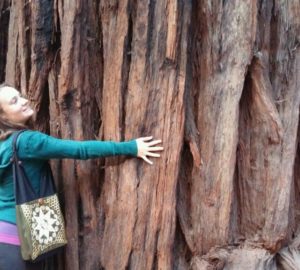 Student Perspectives: Escape the Tension of Everyday Life in the Redwoods