Way back on November 1, in the early hours of the morning, thousands of hopeful campers perched over their computers competing to secure a coveted campsite reservations for Memorial Day weekend. They sold out almost immediately, and left any latecomers searching for accommodation elsewhere.

“It was crazy,” said Haidee Anderson, Big Basin trail camps coordinator. “This is pretty common for us on summer weekends and holidays, though. We consider those lucky who just walk up and are able to get a site without having a reservation.” Midweek is the quietest time for Big Basin, and Anderson says that Tuesday is the best day for a walk-up.

Reservations have risen steadily over the past decade, from 371,887 in 2006 to 468,457 in 2015. This year is poised to break 500,000. Dennis Weber of the California State Parks System says that sites on the reservation system are usually booked to capacity during the peak season from March through September, especially for the coastal areas, alternative overnight accommodations (cabins/cottages) and the Southern California beaches.

A group searching for a summer weekend campsite at the last minute is common, says Anderson. And scoring that weekend is far from impossible, with the right approach. Here’s how to squeeze in that spontaneous weekend trip to your favorite park.

1. Phone It In
Anderson recommends calling the park early in the morning to check for last-minute cancellations and possible no-shows. Recreation.gov says that campsites will be held until check-out time on the day after a scheduled arrival, and then are up for grabs.

2. Go Local
Well-known parks can overshadow smaller regional parks, but you don’t need to go farther than gems like Anthony Chabot Regional Park in Oakland to pitch a tent among the redwoods. Regional parks in Alameda, San Mateo, Marin and Sonoma counties are easily accessible and often overlooked. That means that sites usually fill up more slowly, and with more spots for locals. My favorites are the walk-up sites at Gualala Point Regional Park in Sonoma. Perched on the mouth of the Gualala River, the 195-acre park is an idyllic weekend getaway in the redwoods.

3. Go Wild
Parks without campgrounds make up for what they lack in amenities with an abundance of natural beauty. Sanctioned wilderness areas often don’t book up, mostly because there are few, if any, sites and no reservations. Restrooms and potable water are rarely available, and visitors need to be prepared and self-sufficient with all of their necessary supplies. For backpackers, Anderson recommends the sweeping ocean views and hot springs of Ventana Wilderness on the border of Pfeiffer Big Sur State Park.

4. Share Your Experience
Camping has met the sharing economy, and it’s a match made in heaven. Over 60 percent of the United States is privately owned, and much of that land sits on riversides, coastlines and even in redwood forests. Hipcamp connects landowners with responsible campers, opening access to private properties while funding their conservation. Sites hosted on the platform range from the fringes of wild coastal ranches to cabins and experiences curated by the hosts. There are even state recreation areas like Austin Creek in Guerneville, and exciting new partnerships on the horizon.

But the California State Parks Transformation Team will overhaul the reservation system next fall, when Reserve America’s decade-long contract is up. The Transformation Team will modernize fee collection, payment processing and data collection, all while providing access to real-time data to manage vacant and reserved campsites, and seasonal and other demand-based pricing.

Until then, California’s 49 redwood parks and the long days of summer are beckoning, so get out there and explore! Find a redwood park near you. 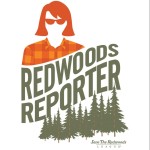