Several weeks ago, a wily Steller’s jay outsmarted me while I cooked breakfast under the redwoods in Humboldt Redwoods State Park.  I was about to sit down and eat my scrambled eggs, but decide to first fetch the boiling water off my camp stove to make tea. I turned my back for a second and then to my horror, a swooping streak of brilliant blue flew onto the picnic table and nabbed a large beak-full of my eggs and took off. Keenly aware of the redwood parks’ urgency to keep the campgrounds “crumb clean” so as to not feed the wildlife, I suddenly realized that our wildlife issues cannot be simply solved by putting our trash into bins.

Still feeling embarrassed by the egg-snatching incident, I joined League research advisors last week at Big Basin Redwoods State Park to learn firsthand from biologists how Steller’s jays are affected by food brought to the park by campers and hikers. We met three-time League Research Grantee Elena West and her field assistants from the University of Wisconsin at Blooms Creek Campground where they set up fine mist nests to catch jays and give these birds a physical.

Within minutes of our arrival, Steller’s jays began watching us from branches overhead and flying through the campsite, lured in by our presence (people means food must be nearby) and peanuts glued to plates pinned on the ground. The jays flew into the nets one by one as if on cue. Gently, the biologists untangled each bird from the net, calling them by their code names – the pattern of colored leg bands. The birds were examined, weighed, and a small blood sample collected.

All of this bird tracking has revealed some startling results about Steller’s jay among the redwoods. There are more than 370 banded Steller’s jays in the campgrounds at Big Basin and these birds are incredibly habituated to the presence of people in the park. Steller’s jays have relocated from the canopy into the campground understory to snack on tasty food brought in by park visitors. In fact, these birds don’t bother getting up early, they rise with the campers once breakfast foods start coming out of the coolers! Blood samples shows that half of the food these birds consume is human food containing corn products and the jays have higher lipid levels in their blood than normal for wild populations.

Capable of living 12-15 years, Steller’s jays are incredibly hardy and smart. Their success in Big Basin and other old-growth redwood parks is negatively impacting imperiled marbled murrelet eggs and chicks, so understanding how park visitors influence this problem is important.

While we figure out to solve Steller’s jays dietary issues, please join me and let’s do our part and keep careful watch over all of our food in the parks. I promise to never turn my back on breakfast again! 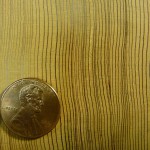 Today, Redwoods and Climate Change Initiative scientist, Allyson Carroll, shares her perspective on how she decodes the history of redwoods from tree rings. Imagine finishing a massive puzzle, one involving nearly half a million pieces and taking years to complete… it feels … Continued 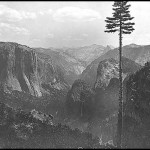 For almost a hundred years, Save the Redwoods League has been protecting and restoring redwood forests and enabling people to connect with their peace and beauty. Photographers and painters began connecting people to redwoods decades earlier, beginning with Carleton Watkins’ … Continued