There’s More Than Meets the Eye to Forest Fungi

Did you know that winter rains cause fungi to reproduce in the redwood forest?  Mushrooms are the most visible parts of the fungal body and grow up out of the soil so that the wind will disperse their spores.  When you see a mushroom, you are really only seeing the “tip of the iceberg” that grows out of the large, hidden cellular network that consumes food in the soil or decaying wood.  Once rain wets the forest, the fungus diverts its energy into growing mushrooms and making spores.

The coral fungus emerges from the redwood forest floor after the rain, and displays an array of white, yellow, orange and red mushrooms.  It quickly grows to a height of 5-10 inches off the forest floor as it gets its energy directly from the trees in the forest.  Coral fungi (genus Ramaria) are mycorrhizae, meaning they form connections to the roots of trees and trade the nutrients absorbed from the soil for sugars from the trees.  Coral fungi typically form this beneficial relationship with hardwood tree species like oaks and occasionally conifers.  This mushroom does not have gills like many of the capped mushrooms we are most familiar with, but instead produces olive-colored spores all over the delicate branches of its fruiting body. The Future of the Forest: Why Saving Land is Just the Beginning

Hiking in the Wasatch (Mountain) Range east of Salt Lake City, the Aspens are golden and shimmering, doing their quaking thing in the autumn sun. I am with land conservation colleagues, taking an afternoon off from the seminars at the … Continued 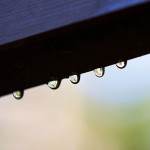 For millennia the redwoods have stood tall, facing west as they look out across the vast Pacific Ocean—an ocean that brings fog in the summer and rain in the winter.  Earlier this week the first storm of the season rolled … Continued