Happy Women’s History Month! I’m grateful to work with brilliant, inspirational women every day here at Save the Redwoods League. In reflecting on some of the women who have dedicated their lives to the preservation of the redwood forest, one exemplary person comes to mind (and I didn’t have to look very far!). That person is Mary Wright.

Mary currently serves on the League’s Board of Directors, and before that she was the Chief Deputy Director of California State Parks. As a child, camping with her family sparked her dream of becoming a park ranger, but a high school guidance counselor told her (accurately, at the time) that women weren’t allowed in that position. So, she found “a back-door way of becoming what I had hoped to be back in high school.”

The theme of Women’s History Month this year is “Celebrating Women of Character, Courage, and Commitment.” I think that description could not be more fitting of Mary Wright. She had the courage to pursue goals others thought were unachievable; she had the character to create her own unconventional paths to success. She has had a lifelong commitment to providing others with the experiences that were formative to her development: the chance to be inspired by nature.

Over the past several decades, funding for California State Parks has dwindled. That motivated Wright to become involved with the League. In Pfeiffer Big Sur State Park, for example, the League has raised funds for restoration of a trail destroyed after a 2008 forest fire. Wright has said, “Through supporting effective state park partners such as Save the Redwoods League, we can all make a meaningful difference.” Thank you, Mary!

Who are your Women’s History Month heroes? Let me know in the comments section below! 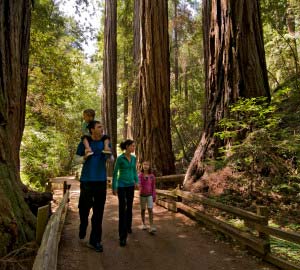 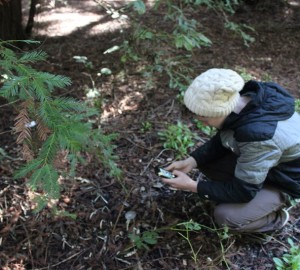