Join Us Outdoors on Green Friday This Thanksgiving, I’m thankful for the access we have to some of the world’s most stunning public parks and reserves that traverse California’s majestic redwood forests, awe-inspiring coastal vistas, and truly unique cultural and historic sites. Save the Redwoods League has a deeply rooted fondness for California’s state park system, beginning when we helped unite and found the system 90 years ago and continuing today with our support to expand and restore many redwood parks.

To celebrate and raise awareness for these incredible outdoor spaces, we’re co-sponsoring free park passes, good for day-use admission to 116 parks throughout the state on Green Friday, November 25th.

Back by popular demand and a continued craving to make Black Friday “green,” this new holiday tradition offers everyone the opportunity to experience California’s parks and enjoy the outdoors with friends and family. Thanksgiving has always been my favorite holiday, and with my oldest coming back from his first semester in college, I feel like I have been looking forward to our family’s Green Friday walk in the woods since the moment I dropped him off in August. I can’t imagine a better holiday tradition than spending a day in the beauty of California’s natural landscape with my family.

Last year, we offered free Green Friday passes to 48 redwood parks, and over 20,000 people joined us outside. It was clear that people were looking for an alternative to shopping as they chose to spend the day after Thanksgiving outdoors in California’s magnificent redwood forests — many for the first time. With an immensely positive response to our first Green Friday event, we decided to help sponsor free day-use access to more than twice as many state parks this year, bringing Green Friday to communities throughout the state.

As the League’s President and CEO, I’m thankful to be a part of so many projects that protect some of the world’s most beautiful landscapes and provide ways for people to experience them. I’m again honored for the League to be a part of Green Friday and honored that it was made possible by our partnership with California State Parks and generous support from the members and donors of Save the Redwoods League, and the California State Parks Foundation.

On November 25th, I invite you to go outside on Green Friday for this new holiday tradition in 116 of California’s most breathtaking state parks. You can also join me and other League staff members at Big Basin Redwoods, Samuel P. Taylor, Butano State Parks. I’ll be at Big Basin!

Get your free day-use pass today at GreenFriday.org while they last. 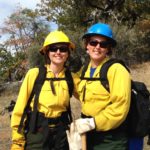 Lighting Up a New Path

I had just arrived at the first ever Women-in-Fire Prescribed Fire Training Exchange (WTREX), and I was one of about 30 participants from around the world who would spend the next ten days learning about, sharing experiences in, and working on controlled burning, with a focus on supporting women in fire management positions. 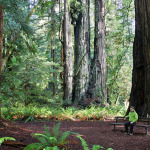 After a long, divisive presidential campaign, the election is finally over. While we’re all working to move forward and understand the implications of the election results, there is much that we do not know. Our initial assessment is limited to preliminary announcements from the Trump transition team and the rhetoric of the campaign trail, rather than firm policy positions of the president-elect. However, we do know that the change in Washington will directly impact the work of Save the Redwoods League and the future of redwood conservation.