Spring is in full swing, and the League’s wildlife cams at Cape Vizcaino (Cape Viz) in Mendocino County caught animals in action playing, prancing, grazing, and generally doing what animals do. The property provides habitat to a variety of wildlife including (but certainly not limited to) American black bears, ospreys, black tailed deer, and pumas living among stands of old-growth coast redwoods, grasslands, chaparral, and a scenic, rugged coastline.

All in all, Cape Viz is a beautiful property with a vibrant and diverse ecological community, but it wasn’t always that way. The land was transformed in the early 1900s when it began to be managed for timber production and later sheep-grazing. Save the Redwoods League acquired Cape Viz in 2008, and we have been working to restore the land to a more natural state. Learn more our continuing restoration work on Cape Viz.

Here’s a look at some of the animals at Cap Viz:

The American black bear (Ursus americanus) is the smallest of the three bear species found in North America. Black bears are omnivores, with a diet ranging from fruit and plants to salmon and small mammals. Although normally solitary animals, you can see them in groups when a mother has cubs, as in the photos you see here. While cubs are weaned at around 8 months, they might stay with their mother until they’re about 1 ½ years old. These black tailed deer (Odocoileus hemionus colombianus) love to eat the new plant growth that comes up in the spring. They are adapted to live at the edge (not on the edge) of forests so that they can take cover in the forest during the day and feed in meadows at dusk and dawn. 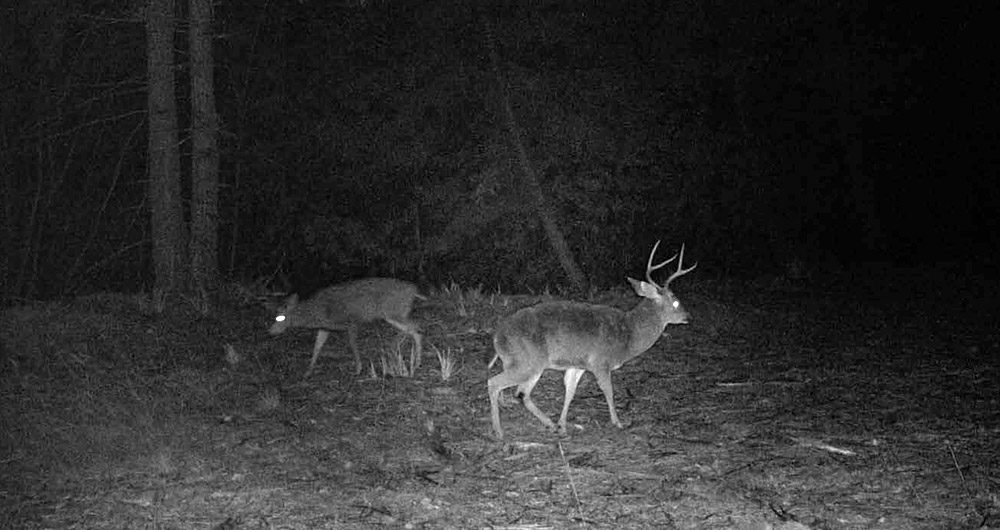 Though it has many common names, blending into the bottom left corner of this photo is a mighty puma (Puma concolor), also known as a mountain lion, cougar, or panther depending on where you live. Adult males generally grow 6-8 feet long, while females grow 5-7 feet long. These beautiful and powerful predators are known for their ability to take down large prey, like moose or elk, but they are technically considered “small cats” because they can’t roar like lions or tigers (though they can let out a chilling scream). 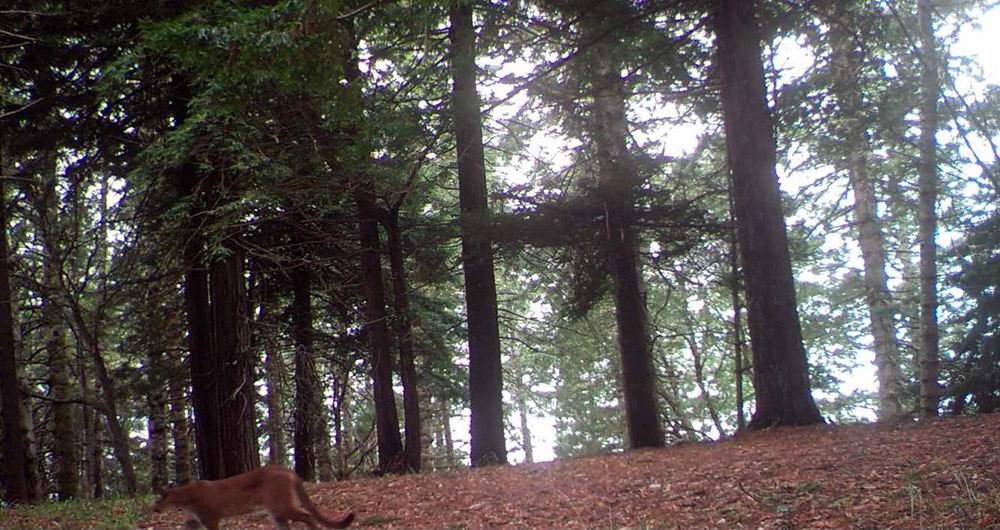 For more wildlife caught on camera, check out this post. Or, if you’re interested in the flora, you can read about some of the wildflowers found along the Cape Viz coastline.

All of our work contributes to protecting and restoring crucial wildlife habitat for animals. Learn more about our work, and don’t forget to subscribe to our newsletter for the latest and greatest news from the forest. 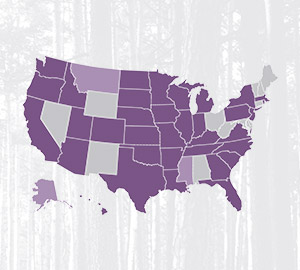 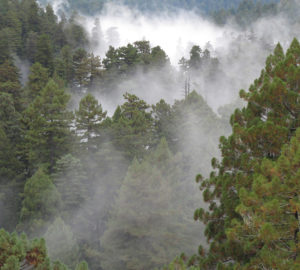