A Tribute to a Late Redwoods Champion

Save the Redwoods League honors the late Wendy Hayward, a tireless advocate for the redwood forest. Hayward, 50, a member of the League’s Board of Directors since 2015, passed away in January 2018 after a long and courageous battle with cancer.

She was a thoughtful and generous supporter of land conservation for many years through her personal giving, and through the Nancy Eccles and Homer M. Hayward Foundation, named after her parents. Hayward was an enthusiastic supporter of the League’s Redwoods and Climate Change Initiative and 2013 Symposium; Mailliard Ranch and other land protection projects; and our Centennial commemoration and communications activities.

Hayward joined the League as a member in 1996, and in 2011, she answered the call to protect the Noyo River Redwoods. With her family, she donated $1 million to the campaign to protect this ancient redwood forest and dedicate the Homer Hayward Whistle Stop in honor of her father along the Skunk Train route through the giant redwoods.

We can’t begin to enumerate all the good Hayward has accomplished, but we can acknowledge that the redwoods are standing tall because of her, and the League is a stronger organization because of her leadership and generosity. 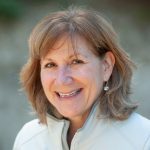 A Cool, Creamy Dessert Inspired by the Forest