Is it a bird? Is it a plane? No – it’s the space shuttle Endeavour flying low over the redwoods as it catches a ride south to Los Angeles! That was the sight that greeted me on Friday afternoon as I drove with colleagues from San Francisco to Santa Cruz. We’d left the bay and lamented the fact that we had missed seeing the shuttle on its farewell tour. And then there it was – its unmistakable silhouette low over the redwood spires of the Santa Cruz Mountains.

It took me back 31 years to being a young boy in England. Our school set up a television so we could watch the launch, though as I recall, in the end it launched at the weekend – with my family taking a break from painting the living room to marvel at this modern wonder.  That had me hooked on space exploration. But now it’s no more – resigned to a museum.  And while the shuttle will continue to inspire young children with the wonders of space exploration, it’s going to be a story of the past.

The League’s work to safeguard the redwoods is ongoing and while many of the places we protect end up in another of our great public institutions – national and state parks – these are far from being museums of the past. These are living institutions that continue to inspire countless young boys and girls as they walk among the majestic giants. With your ongoing support, we’ll ensure that our work continues and that one day we won’t lament the fact that they “used to” save the redwoods. Why We Can’t Go Paperless (Yet!) – And How You Can Help 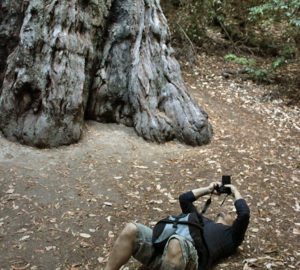 Experiencing Awe in the Redwoods and the Rainforest 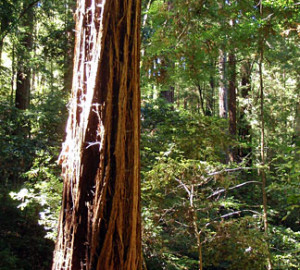 Calling on the Wisdom of a Redwood Tree