When we take a close look at what makes redwoods survive and thrive, the trees have remarkable stories to tell. That’s what researchers discovered thanks to three studies supported by research grants from Save the Redwoods League over the past year. Using modern technology to demystify redwoods’ resiliency and longevity, these studies are producing revealing insights into how changing growing conditions can impact both redwood forests and the plant and animal life they nurture. Here’s what we’ve learned so far:

Lower genetic diversity puts redwoods at risk. Researchers at the University of California, Berkeley, have confirmed that northern giant sequoias have lower genetic diversity than central and southern groves. This key fact suggests that the northern trees could be more vulnerable to climate change. These findings could eventually help inform the League’s redwoods conservation strategies and reforestation efforts. Read more about the genetic markers that likely seal the fate of these trees.

Genes could influence conservation of redwoods. A study at the University of Wisconsin, Madison, has found that the genetic profiles of specific coast redwood strains mean some trees could exhibit greater resilience in the face of changing climate conditions. These researchers are developing powerful tools for genetic analysis that one day could be used by groups like the League to identify ideal planting locations for redwoods on a warming planet. Get the full story. 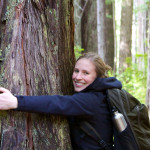 Free Ways You Can Help the Redwoods

Here at Save the Redwoods League, we are reminded of the power of your donations with each new forest that we conserve or restore. We are perpetually grateful to our generous members for furthering the cause of the redwoods. But … Continued 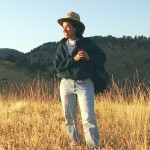 Most Americans who take part in outdoor recreation are Caucasian: According to the 2014 Outdoor Recreation Participation Report by the Outdoor Foundation, in 2013, 70 percent of outdoor participants are Caucasian, 11 percent African-American, 8 percent Hispanic, 7 percent Asian-Pacific … Continued