League played a big role in the iconic park's creation

Humboldt Redwoods State Park is marked by superlatives: the second-largest state park in California. The greatest contiguous tract of old-growth redwood forest in the world. More trees over 350 feet than anywhere else. So majestic is this forest that it helped inspire the establishment of Save the Redwoods League, the California State Parks system, and the land trust movement.

“It’s a very significant place because of its role in creating these incredible institutions that are still around and protecting special places,” says Marnin Robbins, Interpretive Program Manager for the North Coast Redwoods District of California State Parks.

To celebrate its 100th anniversary as a California State Park, Robbins and his interpreters have planned monthly interviews, which are available on the park’s and Save the Redwoods League Facebook pages and on humboldtredwoods.org/100.

First in the lineup was Armando Quintero, the new director of California State Parks. Others include Sam Hodder, President and CEO of Save the Redwoods League, conservation biologist Reed Noss, and José G. González, a partner with The Avarna Group, which supports the outdoor and environmental sector in its evolution toward justice, equity, diversity, and inclusion.

A 1920s-themed gala in the redwoods with food, live music, speakers, and special hikes and tours is also in the works, pandemic allowing. Slated for early August, the event will possibly culminate with the unearthing of a time capsule planted by Laura Mahan. Often called “Joan of Arc of the redwoods,” Mahan put her body in harm’s way to protect giant redwoods from axes and saws and rallied hundreds of women to the cause as head of Women’s Save the Redwoods League in Humboldt County.

The centennial is not just a time to look back, but to set the vision for the next 100 years, says Robbins. One key aim will be building the old-growth redwood forest of the future by restoring second-growth tracts damaged by logging.

An equally important goal is expanding access and welcoming people from all walks of life, with more digital engagement, programming in languages other than English, and staff who reflect the diversity of California.

“We want to put Humboldt Redwoods on the map in a way it isn’t today,” says Robbins. 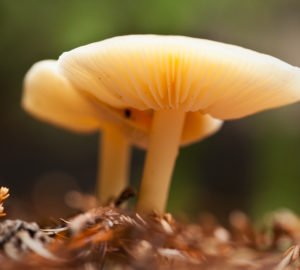 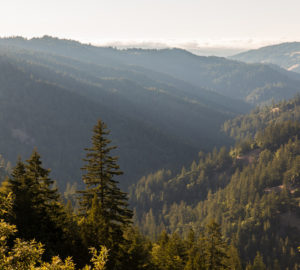 30 by 30 could bolster redwood forest protection