The Pursuit of Happiness

“There is nothing so American as our parks. The scenery and wildlife are native. The fundamental idea behind the parks is native. It is, in brief, that the country belongs to the people…Parks stand as the outward symbol of this great human principle.”

It seems so natural to us now that our great local, state and national parks are available to us all, providing us with the recreational opportunities that give our lives rich and happy color, and asking so little of us in return. But, it wasn’t always this way.

One hundred and fifty years ago, the idea of setting land aside purely for preservation and public enjoyment was revolutionary. This time of year, we celebrate the anniversaries of two important events in American history: the day our nation declared its independence and another day on which one of our “inalienable rights” — the pursuit of happiness — was given new promise.

On June 30, we celebrate the anniversary of California’s first state park at Yosemite and, with it, the launch of our National Park System. On that day in 1864, we began the democratization of our most beautiful and uniquely American landscapes. As the League’s longtime Councilor, Frederick Law Olmsted Jr. believed, our national and state parks are fundamental to the fabric of our democracy in how they “[promote] public recreation and public health through the use and enjoyment by the people.”

In 1863, his father, Frederick Law Olmsted Sr., had been appointed to draft the charter for the park at Yosemite. In this document, Olmsted Sr. made the case that it is a “political duty” of government to set aside “great public grounds for the free enjoyment of the people,” carrying out the promise to its citizens of “the pursuit of happiness.”

I was in Yosemite on June 30 last year for the 150th Anniversary celebration with the Yosemite Conservancy, the National Park Service, and California State and National Parks. I felt deeply grateful that our nation’s leaders had the vision and forethought to conserve our most special places for future generations.

After the ceremony, I took a walk through the Mariposa Grove, the forest of ancient giant sequoias that first inspired the conservation of Yosemite. There were dozens of hikers, families, and photographers; I lost track of the number of languages I overheard. The visitors made me smile and remember the John Muir quote about his efforts to conserve the very grove in which I stood:

“I have done the best I could to show forth the beauty, grandeur and all embracing usefulness of our wild mountain forest reservations and parks, with the view of inciting the people to come and enjoy them and get them into their hearts.”

The crowds in Yosemite never bothered him, and they sure didn’t bother me.

A young boy stood next to me while we gazed up at the Grizzly Giant tree. He turned to his mother, and asked, “How did it get so big?”

“It grew over thousands of years,” she replied.

“From a teeny tiny seed?” He gaped at her in disbelief.

And with that, the magic of the sequoia was in his heart, and John Muir got his wish. Again.

Today, we are the fortunate beneficiaries of the National Park System. Save the Redwoods League, along with many others in the conservation community, has worked hard to continue this tradition so that all of us, from all walks of life, can access the most beautiful and inspiring places across the country. So, let’s get outside! You’ll be happy you did.

Check out my blog on “Close-to-Home Redwood Parks” and the Redwoods Finder Interactive Map to find a redwood park near you!

More on the Olmsteds and the National Park System. 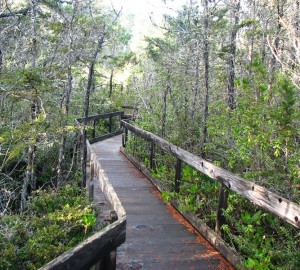 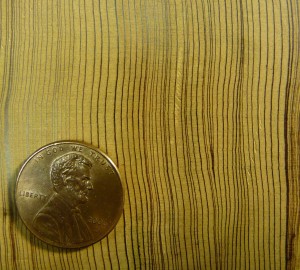